A journey here will take you through an incredibly diverse landscape, from lush forests and flaming Msasa trees, to laidback towns, rocky mountains and winding rivers up in the north. A wonderful thing about Zimbabwe is that it is a relatively unknown and untouched area, making it the perfect safari destination.

It is home to not only the Big Five but also other magnificent wildlife, and a large bird population. Discover World Heritage-listed archaeological sites, experience one of the natural world wonders, Victoria Falls, or enjoy exciting activities such as bungee jumping or zip-lining.

Lying on the border of Zambia and Zimbabwe, the mighty Victoria Falls is the world’s greatest curtain of falling water. It is thus not surprising that it is known as one of the Seven Natural Wonders of the World. Amongst the many fun and thrilling activities you can do here is taking a dip in one of the rock pools that formed after thousands of years of erosion. For the ultimate adrenalin rush slip into Devil’s Pool and experience life on the edge, literally. This ultimate infinity pool is created each year during the dry season when water levels are reduced.

Just below the Victoria Falls, flows Africa’s 4th largest river, one that crosses 6 countries and streams over several waterfalls. Despite its length of approximately 2700km2 the Zambezi River only has a few bridges, among them the impressive Victoria Falls Bridge. The river offers a wide range of tours and activities. If you’re keen on adventure, why not spend the day canoeing the Zambezi River? Spot wildlife on the riverbanks or just enjoy the tranquillity and magnificent landscape. For the more active, spend a day white-water rafting as well as hiking up and down the gorges. After a day full of excitement and action it’s time to relax and rest. A great place to spend the night on the Zambezi River is the spectacular Zambezi Queen Houseboat. Enjoy the calming view and refreshing sundowner beverages.

Painted Dogs, also known as African Wild Dogs are unique to Africa and are among the continent’s most endangered species. That is why the mission of the Painted Dogs Conservation Centre is to protect and increase the range and number of those precious animals. Visit the Painted Dog Centre and find out more about these magnificent animals, who are distantly related to our furry friends the domestic dog. However, they are a different species with one of their many difference being that they have 4 toes instead of 5. Did you know? No two African Dogs have the same markings, which makes them easily identifiable as individuals!

With more than 400 species of birds and one of the greatest elephant populations in Africa, Hwange National Park is the biggest and some say best wildlife reserve in Zimbabwe. It is located in the north-west of the country spanning 14,650 square kilometres. Kalahari sandvelds, mopane woodland, dense teak forest and large open plains make Hwange’s landscape extremely diverse which, in turn, supports a diverse range of wildlife. It is home to large prides of lion and herds of buffalo, as well as rhino, leopard, spotted hyena and cheetah. Due to the lack of permanent surface water, game viewing is excellent around the waterholes all year round, especially in the summer months.

For travellers with a keen interest in culture and history, Khami Ruins is a must-see. It is a city of ruins that is located to the west of the Khami River, 22km from the city of Bulawayo. It was once the capital of the Torwa dynasty and arose around the time of the collapse of Great Zimbabwe between 1450 and 1650. The city was abandoned when the Ndebele started invading and is now a national monument as well as a UNESCO World Heritage Site since 1986. This ruined city is of great archaeological interest, especially with the discovery of objects from Europe and China which give evidence to the fact that Khami was a major trade centre for a significant period.

Originally built to generate hydroelectric power, Lake Kariba is Africa’s largest man-made lake in the Zambezi River. It is about halfway between the river’s source and mouth, around 1300 km upstream from the Indian Ocean. When coming from the hustle and bustle of Harare, Lake Kariba is an oasis of tranquility.

The dam was built between 1958 and 1963 across the Kariba Gorge to harness the river’s flow to generate hydroelectric power. This endeavour displaced about 57,000 local tribes-people and over 5,000 wild animals, it is also believed to have caused over 20 earthquakes in the region – these were blamed on the river god Nyami Nyami who was separated from his wife by the dam wall. Still, Lake Kariba remains a beautiful place with a lot of activities on offer such as game fishing, including Tiger Fish which thrive in its waters. Fish Eagle, cormorant and other water animals such as elephant, crocodile and hippo are regularly spotted. Game viewing and fishing is done by boat which makes an interesting change from open-top safari vehicles.

One of the Highlights of Zimbabwe and best kept tourism secrets are the Chinhoyi Caves which consist of a series of underground tunnels that are all linked to the main pool. The caves are known for the breathtakingly beautiful Sleeping Pool. They radiate an aura that commands respect, while provoking excitement in the minds of all who go near them. With a silence that is both profound and eerie, the caves are a geographical spectacle. The main feature of the Chinhoyi Caves is known as the “Wonder Hole”, which is actually a large cavern with a collapsed roof. A place quite unlike any other, the Chinhoyi Caves are an absolute must for visitors to Zimbabwe.

Located south of Bulawayo, the Matopos Hills is a legendary mountain range that is situated in Matopos National Park. It is one of Zimbabwe’s prime wildlife sanctuaries. Among the animals Matopos National Park provides a home to are: leopards, lizards, baboons, the black and white rhinoceros, a variety of antelope species and birdlife – including the world’s highest concentration of Black Eagle.

The soft but mystic landscape is characterised by some amazing balancing rocks, impressive views along the Mpopoma River Valley and shrubs and trees that are unique to the area, as well as flora and fauna found in many other parts of the world, which have grown naturally in this area. It is an area of high botanic diversity. The name Matopo means ‘bald head” and refers to the rocky outcrops of the park.

Renowned as a World Heritage Site by UNESCO, Mana Pools is one of the world’s wildest and best preserved natural ecological areas. With its high concentration of dry-season mammals, Mana Pools include elephant, lion, leopards, buffalo, over 350 bird species and aquatic wildlife. The name “Mana” comes from the word “four” in the local Shona language and refers to the four large pools formed by the meandering Zambezi River.

Due to its variety of landscape, Mana Pools offers a wide range of fun activities. Go fishing on the mighty Zambezi River and experience the joy of hooking large fish for the pot, or challenge yourself on a canoe trip – Highlights of Zimbabwe. For people seeking a unique game viewing experience, hiking and walking safaris provide an unforgettable opportunity to experience wildlife.

High in the Matopo Hills, Cecil John Rhodes is buried in a granite tomb at the top of Malindidzimu, known to the local tribes as “the hill of spirits” which was chosen by himself and decreed in his will as his final resting place. He especially loved the view from the top of this particular outcrop. The intrepid imperialist and ambitious businessman, turned politician, turned mining magnate achieved a great deal in his short life – leaving a mark on Africa that is still felt to this day. He started the De Beers diamond company and left a legacy with his Rhodes scholarship, as well as the vast areas of land donated to wildlife reserves and universities.

Visiting the grave of Cecil John Rhodes is highly recommended, especially at sunrise; the calmness overwhelms you, the views are amazing and the grave site is spectacular. 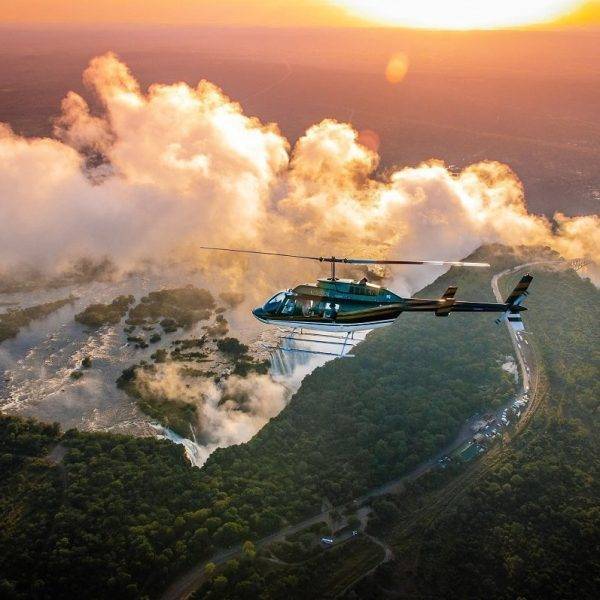 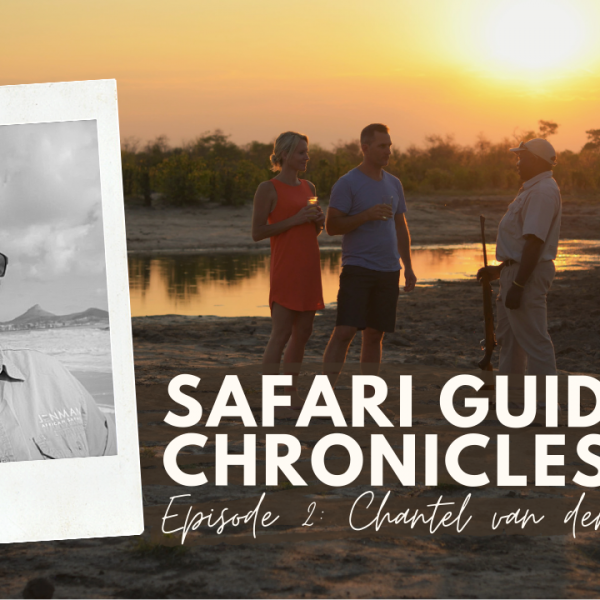 Lesotho is the Kingdom in the Sky

Where have all the ELEPHANTS gone? 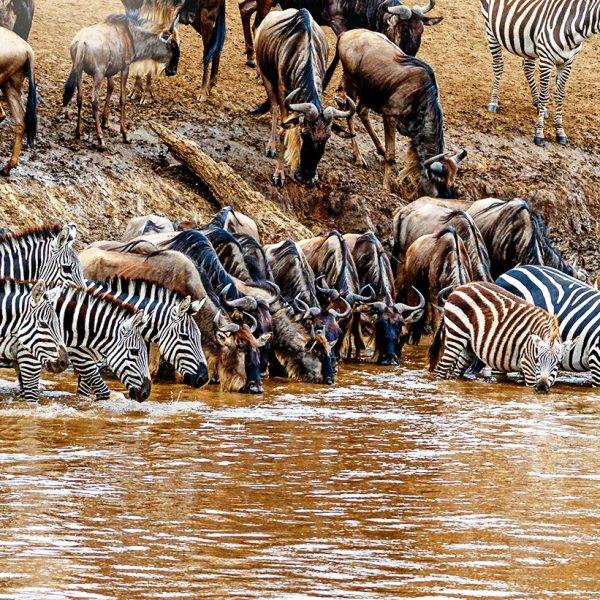 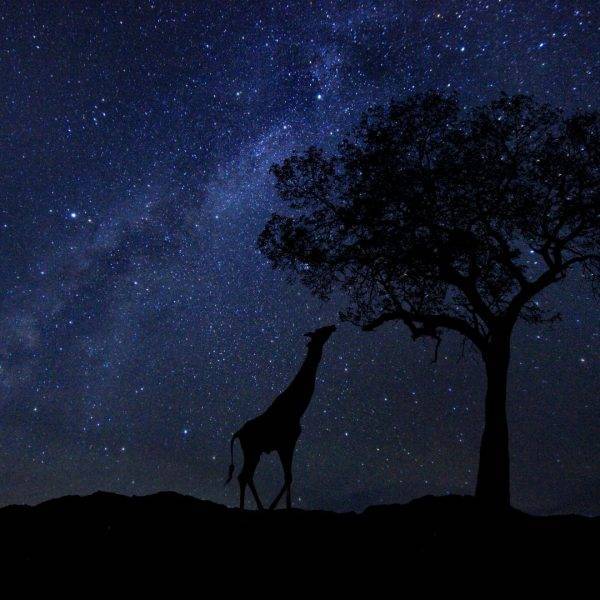 Beneath the Stars on Safari