Gill Charlton visits the island that inspired an animated Hollywood Blockbuster – and finds the lemurs ever bit as sassy as their cartoon counterparts.

Each day at dusk, the cat and its companion, a brave little mouse lemur, step out of the rainforest shadows to delight a score if visitors who have spent the day traipsing along muddy paths in search of elusive wild lemurs.

Today we are doubly fortunate; a real glamourpuss puts in an appearance: The rare red-bellied lemur flings her long tail around her neck like a fur stole and poses round-eyed for our lenses, coping with the whirrs and flashes like an old pro. Bananas are accepted with dignity by hands that look almost human.

There are plenty of sassy lemurs to be found in Ranomafana National Park. Down by the waterfall live a troop of greater bamboo lemurs, a species thought until five years ago to be extinct. The latest edition to the family is two weeks old. He clings to mother’s armpits as she flings herself from tree to tree. Father nibbles daintily on leaves and then relieves himself from a great height onto the noisy, gossiping primates camped below.

This is all great fun, but I want to see the primary rainforest at the heart of the national park. This proves difficult to arrange. My excellent guide has to take a registered park guide who knows the trail.

The problem is finding someone prepared to get up early and walk for six hours in a single day. Theodore comes to the rescue. We set off at 6:30, climbing steeply through the cool, misty forest, wearing plastic-bag gaiters to combat the leeches (they don’t work). The trumpet lilies, wild ginger and guava disappear, then the mild-level trees, until only bamboo grass grows beneath buttressed hardwoods which soar into the clouds above us.

A few minutes later an almighty racket breaks out, sounding like angry men screaming at each other in an alley. “That’s the call of a male white-ruffed lemur,” says Theodore. Just the one? “Yes, only one”.

We never meet the owner of the big voice, but the rest of the family – a mother and her three young – are up a tree beside the path. The babies, their faces framed by little white ruffs like those Elizabethan princelings, scamper along the branches, showing off and scaring themselves.

When they spot us they are petrified and whimper until their mother comes and gathers them up. It is a rare sighting; like many species of lemurs, these are nocturnal and should be curled up asleep on a high branch.

Madagascar is the size of France, so many visitors fly between the national parks, but an overland journey in a private vehicle with a knowledgeable guide gives a better feel for diversity of this extraordinary island. The highways used to be in such a bad state that 30km/h was considered good going. Then along came President Marc Ravalomanana, a self-made yoghurt tycoon with a puritan work ethic who, since his election in 2002, has been rebuilding the country after a disastrous period of Communist rule.

I take the Route National 7, which connects the capital, Antananarive (known as Tana) with the somnolent port of Toliara on the southwest coast. There is little motorised traffic, only the odd Mercedes lorry and the clapped-out minibuses that act as bush taxis. Most people are on foot, on their way to weekly markets. We edge around herds of zebu cattle, guarded by men in baseball caps. Rustling is big business here.

Isalo National Park is Madagascar’s Grand Canyon. Getting up early to walk in the cool of the morning is not something that comes naturally to our local guide, Fernando, so, after an abortive side-trip to spot lemurs, it is 9:30 by the time we reach the sheer outer wall of the canyon.

The air is sauna-hot and the climb arduous, but the reward is symphony in sandstone, with orange, pink, raspberry and great framing green meadows and the glossy tapia trees beloved of silkworms.

It is now an easy stroll through a landscape filled with flowers and trees found nowhere else on earth: fat little pachpodiums that look like bonsai baobabs; lime-green lichens on strawberry-and-cream rock swirls; and, deep in the canyon beside the fast-flowing streams, many varieties of palm, pandanus and fern. The days exertion has a spectacular reward: La Piscine, a natural rock swimming pool fed by a cascade of cool, fresh water.

I booked this trip just last month ahead and the only room I could find in Isalo was a disappointing motel: airless stone cottages beside the RN7 that totally ignores the view.

The place to stay is the Relais de la Reine, the best hotel in rural Madagascar, run by a Breton family. The rooms are comfortable and the food good. The location is fantastic; a massif in miniature where rugged rock chimneys rise from the luxuriant foliage of the river valley. There are riding trips into the canyons from here which are said to be excellent.

Nearing Toliara, we turn off the RN7 onto a dirt road. It is a five-hour drive in a bowl of red dust. But I shall never forget the sight of the enormous baobabs. Madagascar has eight species of these upside-down trees, compared with mainland Africa’s one. Some have caves cut into them, reached by ladders, where herdsmen can sleep in safety overnight.

We pass through the reed-hut settlements of the Mahafaly. All are dressed in rags and most carry sewn pouches of earth and herbs around their necks as protection against taboos.

The road ends at the Domaine d’Ambola, a handsome white guesthouse with blue shutters, which could be a Greek Island. The sparkling blue sea breaks lazily over a coral reef before lapping a deserted white-sand beach. It is owned by Gilles, a Frenchman in his forties that lives there with his mother. He has yet to get around to doing publicity or sorting out reliable transport from Toliara, but that’s coming, he says.

Its like staying at a bachelors friends holiday villa, rather shambolic but well intentioned, but the food is very good: fish straight from the sea with homegrown vegetables, perfectly cooked slipper lobster and traditional French tarts.

The Domaine is the jumping-off point for one of Madagascar’s newest national parks, Tsimanampetsotsa, which translates as “the lake where there are no more dolphin”. Today, this milky-blue soda lake has a pink rim as flamingos feed in its shallows.

What appears at first to be a barren limestone escarpment proves, on closer inspection, to be a botanic garden in full flower at the start of the rainy season. This spiny forest – so called because the plants grow spines as protection against seeking water – presents a dazzling display of euphorbaie, didierea and other cactus-like succulents, supersize versions of those sold in garden-centre hothouses.

There are rare stands of the tall, fat trunked moringa trees used in boat building, glimpses of rare tortoises and, to our delight, a fearless troop of black-and-white ring tailed lemurs. The local guide, Jean knows his botany and sees himself as the guardian of this special place.

Since 2000, he says, the villages have not been allowed to enter the park. But they do. We meet two men driving a zebu cart pile with cassava and Jean says that if he sees them again he will report them to the park service.

This will mean a first-offence fine of 300 000 Malagasy Francs, about R180. it must be difficult to report his neighbours, I say. “Yes, but I must do it,” Jean says. He tells me that only 748 visitors came to Tsimanampetsotso in 2004. We need many more, then we will have some money to help the villages with projects.

“They do not understand why it is good to have a park here; that there is another way to earn a living from the forest instead of just cutting it down.”

A little tourist money will have a nig effect on the lives of Malagasy people living in rural areas, and help protect what is left of this amazing island’s unique wilderness. 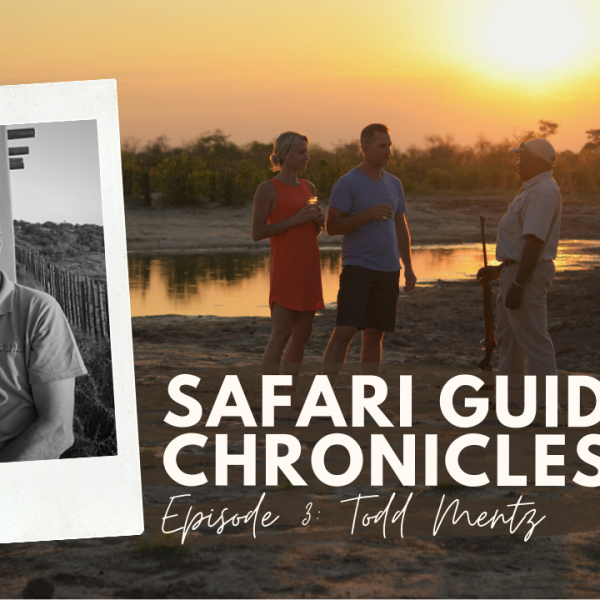