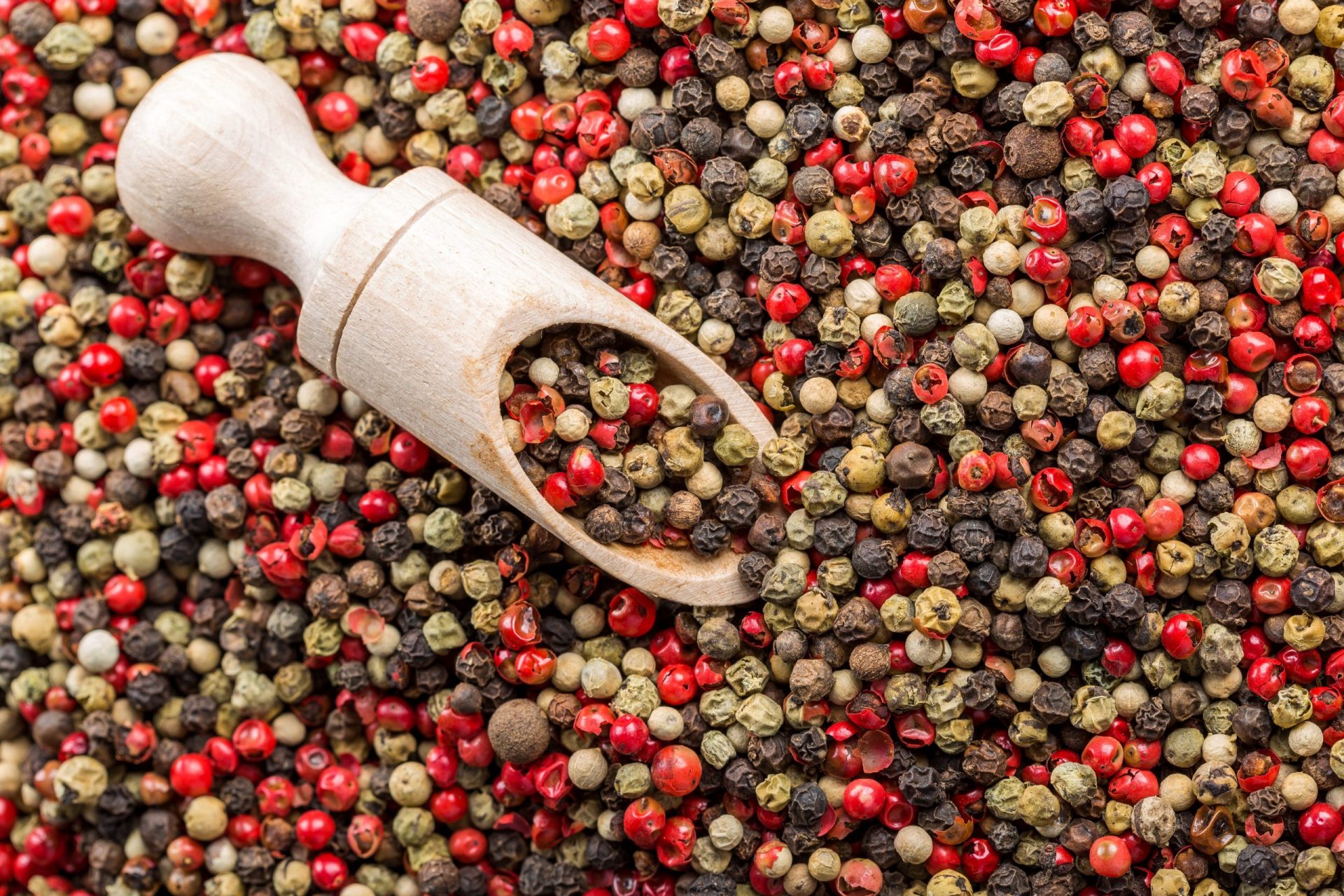 With fragrant oils such as ylang-ylang and the exquisitely fragrant spices of Madagascar, vanilla and saffron is a true delight for the senses. The market places of this exotic island are a treasure trove for foodies. But more than just an aromatic keepsake of a memorable trip, these ambrosial products provide a valuable income to people of Madagascar and impact the economy in a significant way. Did you know that Madagascar produces the second largest vanilla harvest in the world and Malagasy vanilla accounts for about a quarter of the global vanilla market?

Real vanilla (not the common flavouring vanillin) is the 2nd most expensive spice in the world after saffron. In Madagascar, the locals refer to vanilla as “Green Gold”. About 97% of the world’s real vanilla is produced in Madagascar and is grown mostly in the northwest region of the island. Vanilla grows as a vine climbing up a tree or pole and the distinctive flavour compound is found in the fruit that results from the pollination of the flower. This pollination is a labour intensive process which causes the spice’s high price, the Mexican Black Bee is the only natural pollinator of the flower and attempts to introduce the species outside of Mexico have been unsuccessful – the flowers are mostly pollinated by hand, even in Mexico.

Vanilla is highly valued for its deeply sweet flavour and fragrance and is widely used in both commercial and domestic baking, perfume manufacture, and aromatherapy.A recent cyclone in Madagascar drastically affected vanilla prices around the world causing them to soar to a record high of more than $600 per kilogram. Some restaurants as far away as the UK and Canada had to remove vanilla ice cream from their menus as the price became too prohibitive.

This rhizome with a distinctive orange colour is grown mostly on Nosy Be which also has the distinction of being known as the Spice Island of Madagascar. Turmeric is presently experiencing a surge in popularity in the west after studies proclaiming its powerful anti-oxidant and powerful anti-inflammatory properties were published. It has always been widely used in India in cooking, especially their delicious curries, as well as a natural dye for textiles.

After the harvest, the rhizomes are washed, boiled, dried and finely chopped into a powder which has a warm, bitter, pepper-like flavour and earthy, mustard-like aroma. Besides the anti-oxidant and anti-inflammatory properties mentioned above, it contains a host of beneficial elements such as mineral salts, B group vitamins, a high level of vitamin C, as well as vitamins E, K and J. It is sometimes used as an inexpensive alternative to saffron as the colour is similar.

The type of cinnamon grown in Madagascar is the superior Ceylon cinnamon (Cinnamomum Zeylanicum) which hails originally from Sri Lanka and may have been introduced by sailors who stopped in Madagascar on their way to the Cape of Good Hope. It is known as a gourmet cinnamon as it has a more subtle flavour than the more widespread Cassia cinnamon. Naturally, it is more expensive and sought after by gourmet chefs. Gently removing the bark of cinnamon and rolling it into sticks is a process that requires the unparalleled patience of cinnamon farmers.

Previously the cultivation of cinnamon in Madagascar suffered from over-harvesting and export of the spice was banned until it grew back in healthy numbers. Farmers have now learned sustainable farming methods and are hoping to one day compete with the Sri Lankan market. Regular consumption of cinnamon can potentially lower blood sugar, aid digestions, ease arthritis and lower cholesterol. It is a popular ingredient in confectionaries, with its distinctively spicy flavour that marries so well with the sweetness.

Pepper is perhaps one of the most popular and widely used spices in the world. Peppercorns are obtained from the berries of various species of pepper plants belonging to the family Piperaceae. Several days of sun-drying transforms these fleshy berries into small, shrivelled, black kernels with a strong, spicy aroma. The colour of the peppercorns is influenced by the stage of harvest as well as the type of preparation. Green peppercorns are the result of wetland immature berries, white pepper comes from a mature berry with pericarp removed, black pepper is from mature berries that have been fermented and dried, and lastly, red peppercorns are from a berry at full maturity.

Some say that Madagascar Black Peppercorns are the finest and most aromatic in the world. The green peppercorns are an essential ingredient to Madagascan Green Peppercorn sauce, a delightful accompaniment to beef or Zebu fillet. Madagascar produces about 2 000 tonnes of pepper annually.

The tropical and subtropical climates of Madagascar are perfect for the Ylang-Ylang tree, its golden-yellow flowers produce a sweet precious fragrance that is used in essential oils and perfumes, most famously Marilyn Monroe’s favourite – Chanel No. 5. It is incredibly popular in aromatherapy proclaiming to have relaxing and anti-inflammatory effects, as well as being considered an aphrodisiac. In Madagascar, it is also an ice-cream flavourant.

When the flowers are ready to be harvested their petals become tinged with red. To preserve as much aroma as possible picking takes places in the morning, ending before 9 am. The flowers are incredibly fragile and lose their scent quickly so they are processed on the same day as being harvested. The essence is extracted through steam distillation of the flowers.

Cloves are the unopened and aromatic flower buds of the clove tree of the Myrtaceae family, which is a tropical evergreen that can live up to 100 years. They are known for their pungent aroma as well as a sweet and spicy flavor. Cloves are essential to many ethnic dishes.

Madagascar has 2 clove production areas, one in the north and another in the south-east of the island. Madagascar produces about 12 000 tonnes of cloves annually which has a significant economic impact on the country and the especially the rural areas where it is grown. 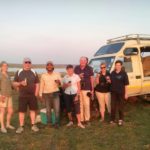 Congratulations to Lucky, Our Guide of the Year

Experience an Entire World in One Country 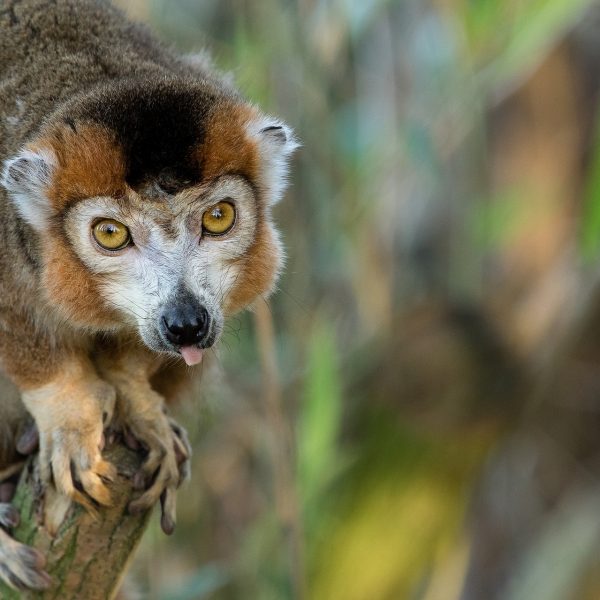