There is a new spirit in Zimbabwe after the resignation of former president Robert Mugabe last year, and with it comes a renewed vitality to the economy and one of its important sources of revenue, tourism. Travellers and tour operators are increasing their confidence in the country and its diverse travel opportunities. The tourism industry as a whole was delighted at the news of Mugabe’s resignation and what it could mean for tourism in the country, with great excitement about the new president and tourism minister.

Zimbabwe’s new president Mnangagwa has welcomed tourists saying that “As we enter into this historic new era for Zimbabwe, we are proud to share our heritage and the beauty of our nation with the world. On behalf of all Zimbabweans, I would like to invite people to visit our great country, for you will be welcomed with open arms”. He conveyed further messages of cooperation, ease of doing business, normalization of currency, less corruption, and less harassment. Over the past couple of years investment in the country has increased, and with international embassies such as the United States making statements of support about the government’s transition this is expected to rise even more. All of these factors are allowing the hidden gem of Zimbabwe to become a worthwhile competitor to its established neighbours as a must-visit African destination.

We spoke to our Zimbabwean ground handler, Thomas, about the spirit of local Zimbabweans and whether they are experiencing a new sense of hope and prosperity for the breathtaking African destination that has so much to offer. Below are our questions and his insightful answers.

How do you feel about the future?

I feel the future of Zimbabwe is promising to be bright as we are seeing positive changes that are steering the economy in the right direction.

How do you think it will affect tourism?

I foresee a vast tourism growth in Zimbabwe since the United Nations have vowed to support the new Zimbabwe government and a number of countries have lifted sanctions and travel bans that had been imposed on Zimbabwe earlier on. At the same time, the Zimbabwe government is inviting and welcoming investors in the various fields of the economy, including Tourism so that the growth in tourism investment will lead to growth in Tourism business.

Have you noticed an increase in tourists/bookings?

In Victoria Falls over the festive holiday, seasonal business was almost overwhelming, there was rapid growth in arrivals, quite unlike the previous years, almost all hotels and lodges were fully booked so much so that some tourists had to seek accommodation in private homes. Even now, when January is supposed to be a quiet month among the tour operators but most are steadily busy, unlike in the past. We anticipate a further increase in bookings in the future.

What are areas or attractions that you think will/should become more popular?

Zimbabwe has a wide range of attractions countrywide. However, the majority of these have not been so popular over the past decade mainly due to the economic meltdown in Zimbabwe and challenges of driving through Zimbabwe with the menacing police roadblocks. However, with these roadblocks gone and the economy on a recovery path I thinks such beautiful areas as the majestic Eastern Highlands (Chimanimani, Vumba & Nyanga Mountains in the Mutare area), The Great Zimbabwe ruins, the Lowveld of Zimbabwe and parks such as Mana pools as well as the diverse Cultural experiences throughout the country should become more popular.

What is your hope for the future of Zimbabwe?

Do you think that this will bring about a positive change for the economy of the country?

Definitely, this will bring a positive change to the economy, for sure the change can’t be overnight but given enough time will be achieved.

The new government is implementing some policies aimed at economic recovery, if these are put into action as planned, the country’s economy will surely get onto its feet. Zimbabweans are so excited about the change in government and are very hopeful for the future to be bright.

Jenman African Safaris is also excited about the future of Zimbabwe and the opportunity to share the spirit and attractions of this amazing country and its people with our guests from all over the world. Tourism can play a significant role in improving a country’s infrastructure, economy, lifestyle, and spirit. In Zimbabwe most lodges and tour operators are also deeply involved in wildlife conservation and with local communities, supporting nearby schools and/or healthcare. Responsible tour operators such as Jenman Africa Safaris are not only an important source of revenue and job creation for the country but they also work with the local communities to bring about improvement. It’s an incredibly exciting period in Zimbabwe right now and visitors to the country will be able to experience first-hand this exuberance and amazing momentum that is revealing one of Africa’s best-kept secrets. 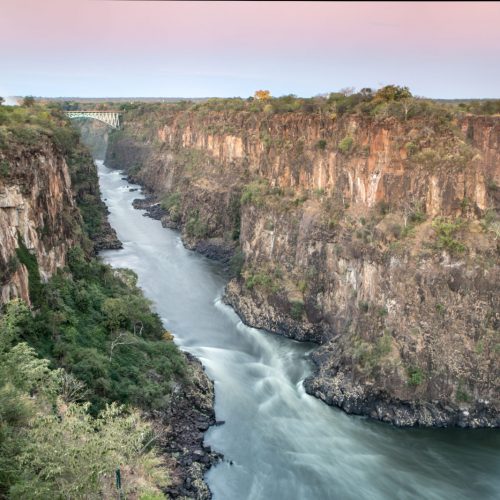