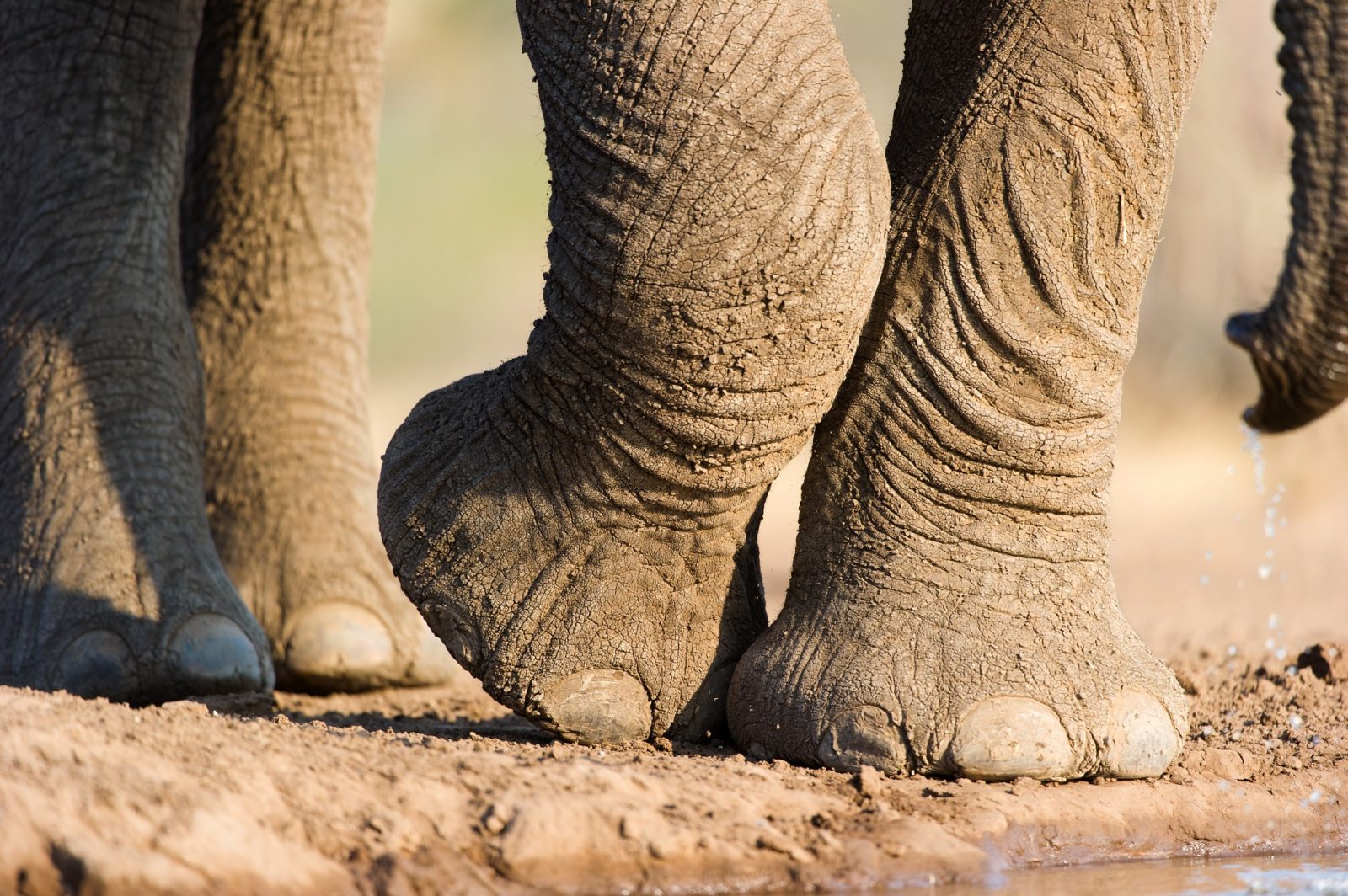 If you’ve seen the timeless childhood classic that is The Lion King, you should recall Simba and Nala’s perilous adventure past the Pride Lands and into the forbidden elephant graveyard. This eerie and mysterious place – piled with elephant bones as far as the eye could see – is… thankfully… only a myth. However, all myths are steeped in truth are they not?

The myth was first popularised in films such as Trader Horn (1931) and MGM’s Tarzan movies (1932-1948), in which groups of greedy explorers attempt to locate the elephants’ graveyard, on the fictional Mutia Escarpment, in search of its riches of ivory.

The very existence of an elephant graveyard is certainly a much-disputed subject. A mythical place where – according to legend – older or ill elephants instinctively go in anticipation of their death. Alone, far from the herd, and not hindering the progress of those that remain behind.

The concept is widely known throughout our cultural memory, and whilst there is no evidence to support the theory – there are definitely a few facts that might explain the birth of the myth.

This legendary place is said to lure dying elephants by a supernatural force, something that cannot be explained by natural or physical laws. The explorers who profess to have stumbled across this phenomenon have never been able to relocate the site to prove their claims. Returning unsuccessful… or sometimes not at all.

Some claimants have even pointed to the Saudi Arabian desert – not Africa – as its actual location.

One such mythological root stems from a 1920’s excavated site in Germany; where the remains of 27 prehistoric elephants were discovered. However, to dispute this theory – in this particular case – the tusks of the skeletons were all missing from the site – evidence of human interaction and later believed to be the site of a standardised workshops for working mammoth ivory.

So, is there any chance that one of these secret places could be real? No one has ever found one, but according to some experts on elephant behaviour, it’s not unthinkable that such a place could exist.

Realistically – elephants could die en masse in one place for any number of reasons. Natural disasters such as lighting strikes, localised flooding, or food- or water-shortages, where starving elephants gather in places where finding food is easier and as these animals are already fragile and – subsequently – many of them may die in the same area as a matter of course.

But, does that mean that the conscious practice of “elephant graveyards” by the animals is purely mythical? Perhaps not. Some new research has come-to-light to perhaps prove that this legend is based in fact.

Researchers from the UK and Kenya have recently proved that elephants show strong interest and emotion if they come across the remains of other elephants. Witnessing how African elephants become emotional and highly agitated when they encounter elephant remains in the wild. Their behaviour suggesting that they recognise their kin. Whole families can spend hours or even days attending the bones of a herd member.

Few species other than humans demonstrate the same type of awareness in death of their own kind; Chimpanzees have been known to abide by certain rituals around their dead and will only abandon a body of a relative once it begins to decompose. Lions have also been known to show emotions to dead family members by sniffing and/or licking the body prior to devouring it.

This idea lends itself to another mythological origin; a place where elephants congregate to mourn the bleached bones of their dead.

CASE STUDY: by Karen McComb and Lucy Baker of Sussex University and Cynthia Moss of the Amboseli Trust for Elephants.

Today, the first hard evidence of this theory has been published of how elephants, like humans, attach great importance to the dead, feeling moved to touch them with their trunks and feet, and often revisiting carcasses.

“Elephants are very unusual” says Dr Karen McComb of Sussex University. “Even if they find an elephant that is long dead, they get tense and excited. They often walk in a tight group up to the carcass. They hold their ears slightly out, their heads up and become tense,” she said. “They touch the carcass quite extensively with their trunks and smell it with a hovering motion. In the case of ivory, they will wrap their trunks around it and carry it around.”

Working in the Amboseli National Park in Kenya – this team carried out the first systematic study of elephant empathy for the dead, presenting elephants with a range of objects including elephant skulls, ivory, the skulls of rhino and buffalo, and pieces of wood.

The pachyderms were not interested in the other dead animals, but only in the remains of elephants. “Again, and again the elephants were most intrigued by the remains of their own kind” said McComb. “And particular the ivory rather than other remains”. The team said that the preference for ivory was very marked. “Interest in ivory may be enhanced because of its connection with living elephants, individuals sometimes touching the ivory of others with their trunks during social behaviour.”

So, what is the answer to this age-old question? Do elephant graveyards truly exist? Well, one has still never been discovered, but many secrets about these remarkable mammals remain in mystery, so the urban legend is certainly not ready to be buried just yet.

Come and experience the magic of these emotional and intuitive giants for yourself on our Journey to the Pride Lands, and share your interpretations with us.

FUN FACT: Did you know that while many people associate the elephant with having an extraordinary memory, relatively few know that this idea actually stems from the legend of the “elephant graveyard.” It was believed that in order for countless generations of elephant to naturally gravitate towards these legendary places when death approaches, meant that they surely had impeccable memory. Either learned or inherently so.