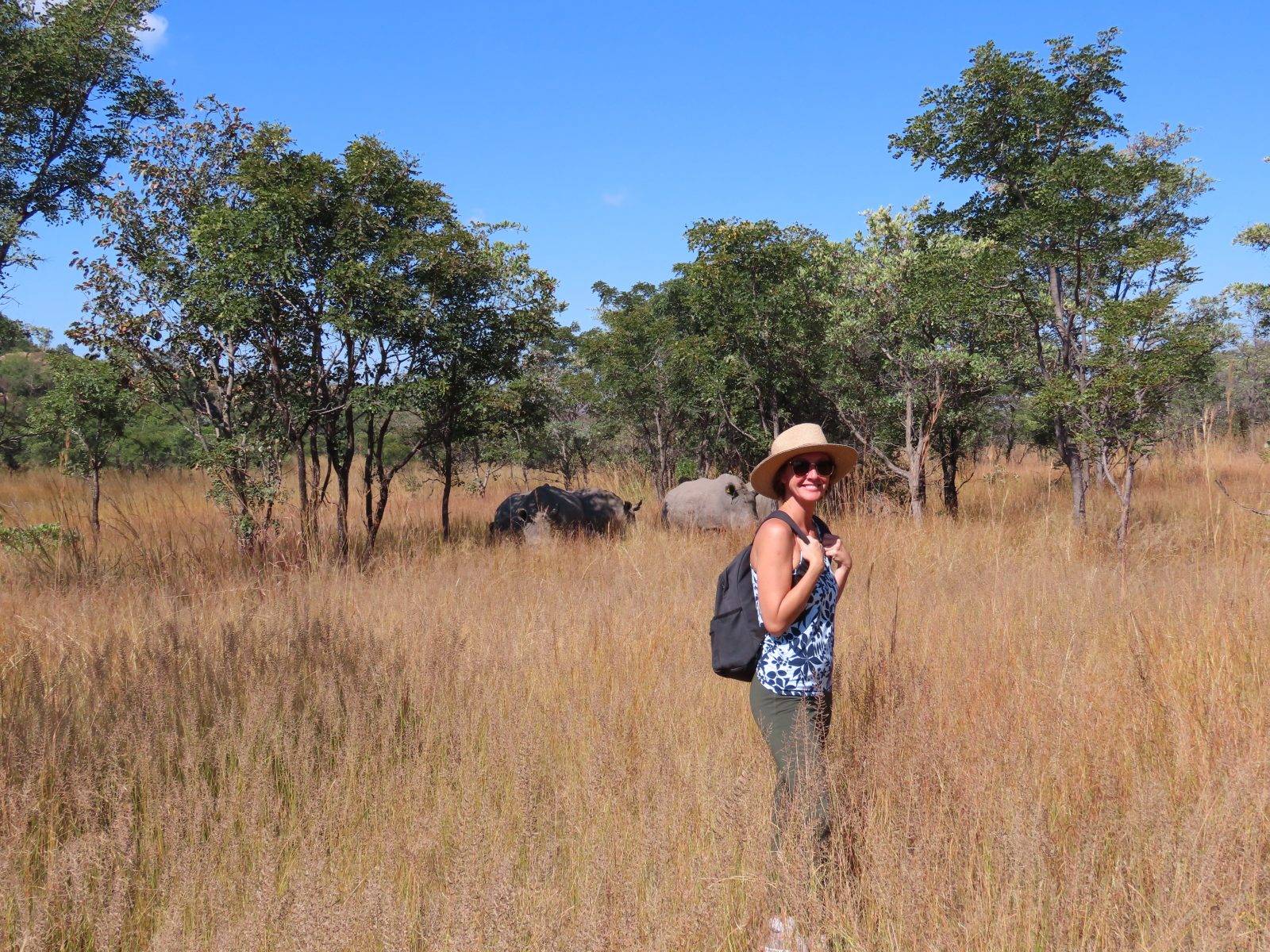 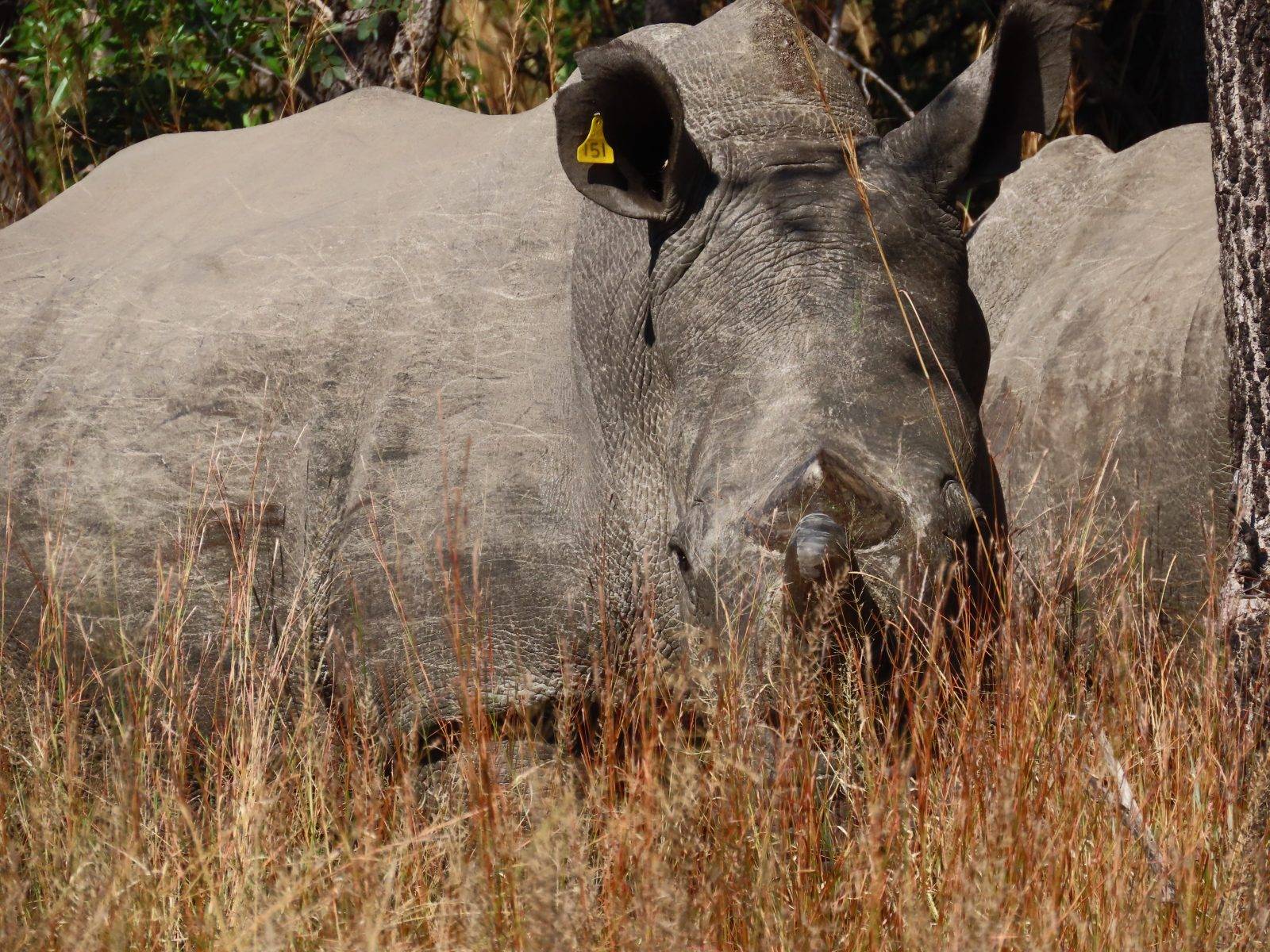 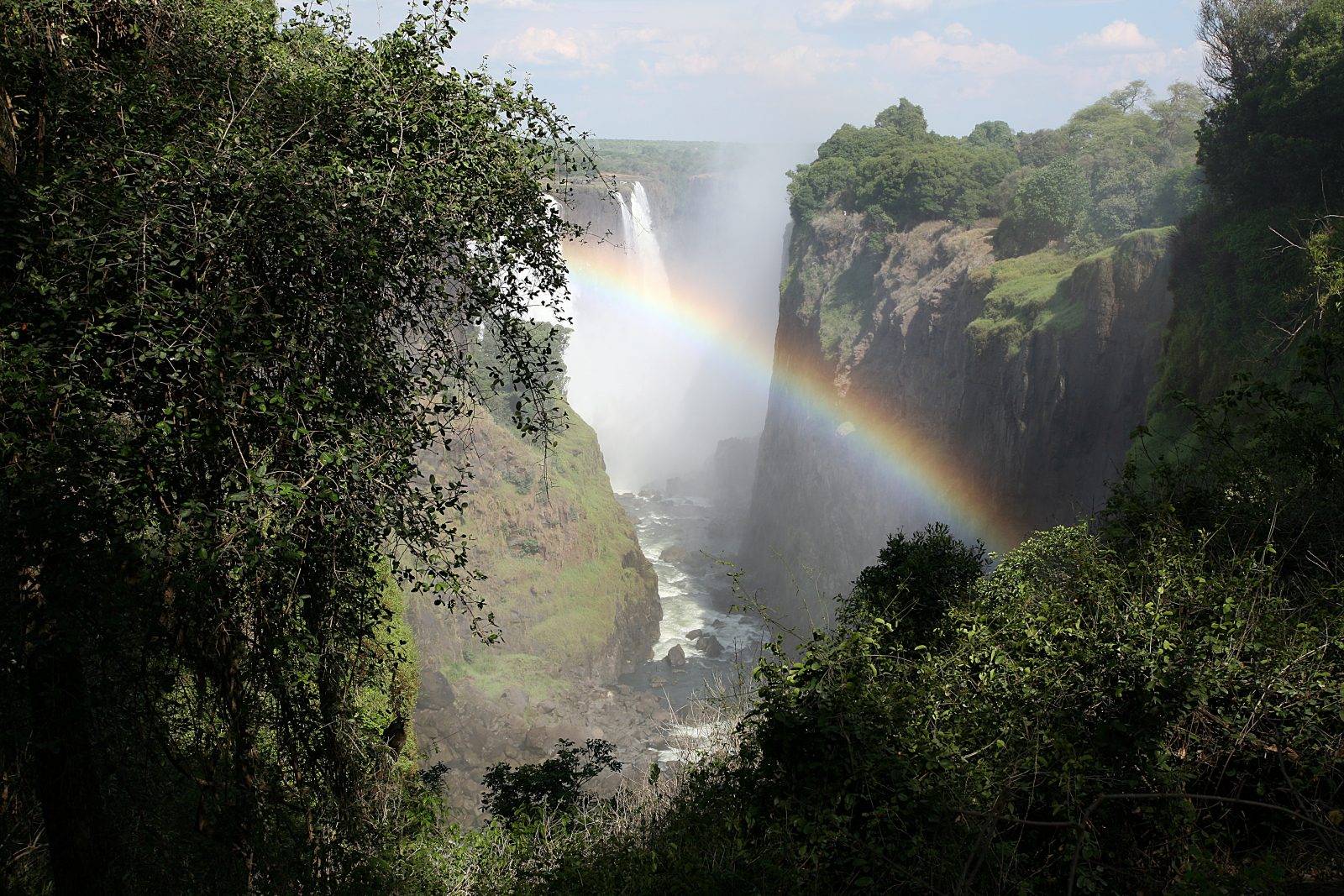 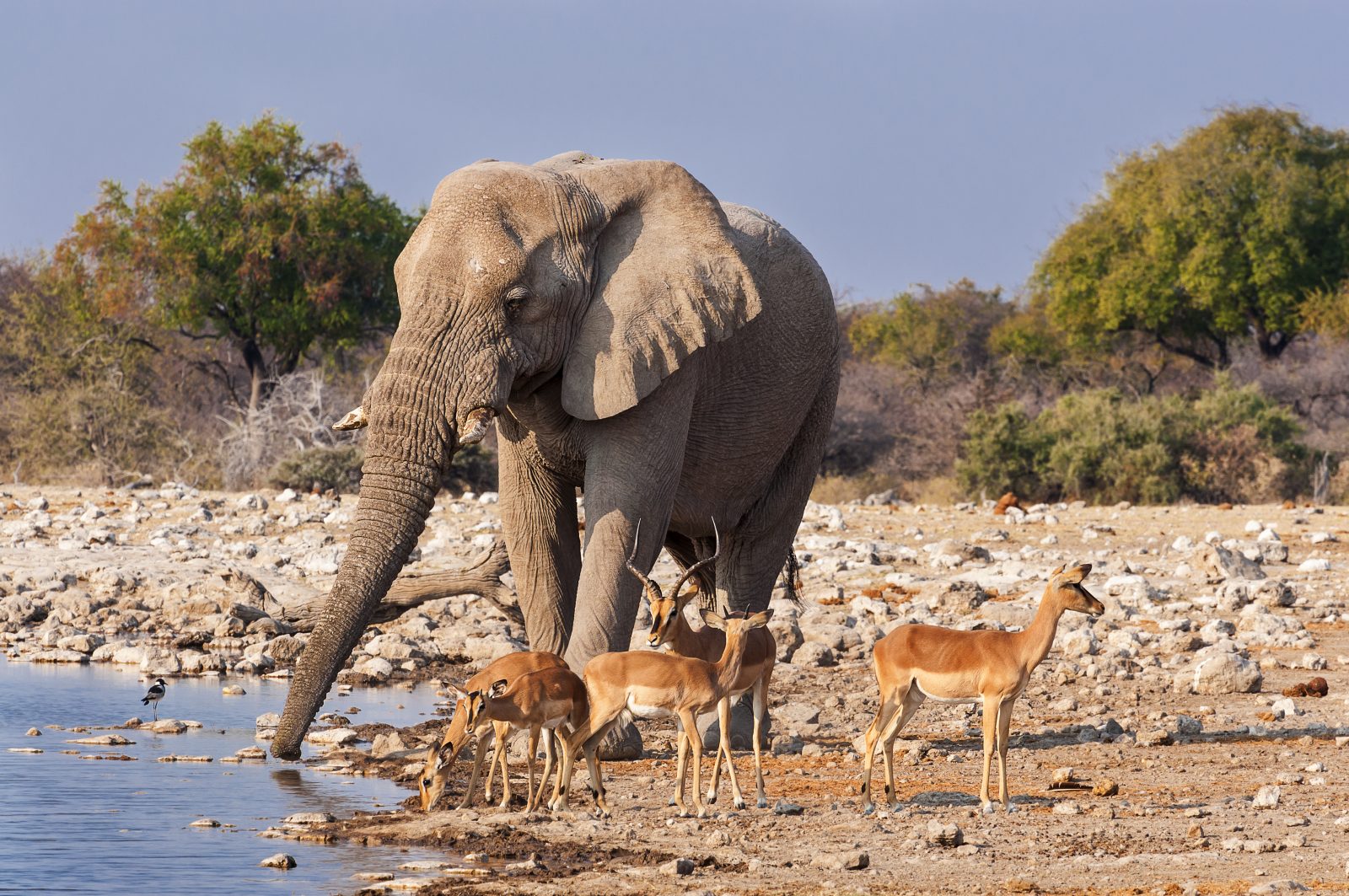 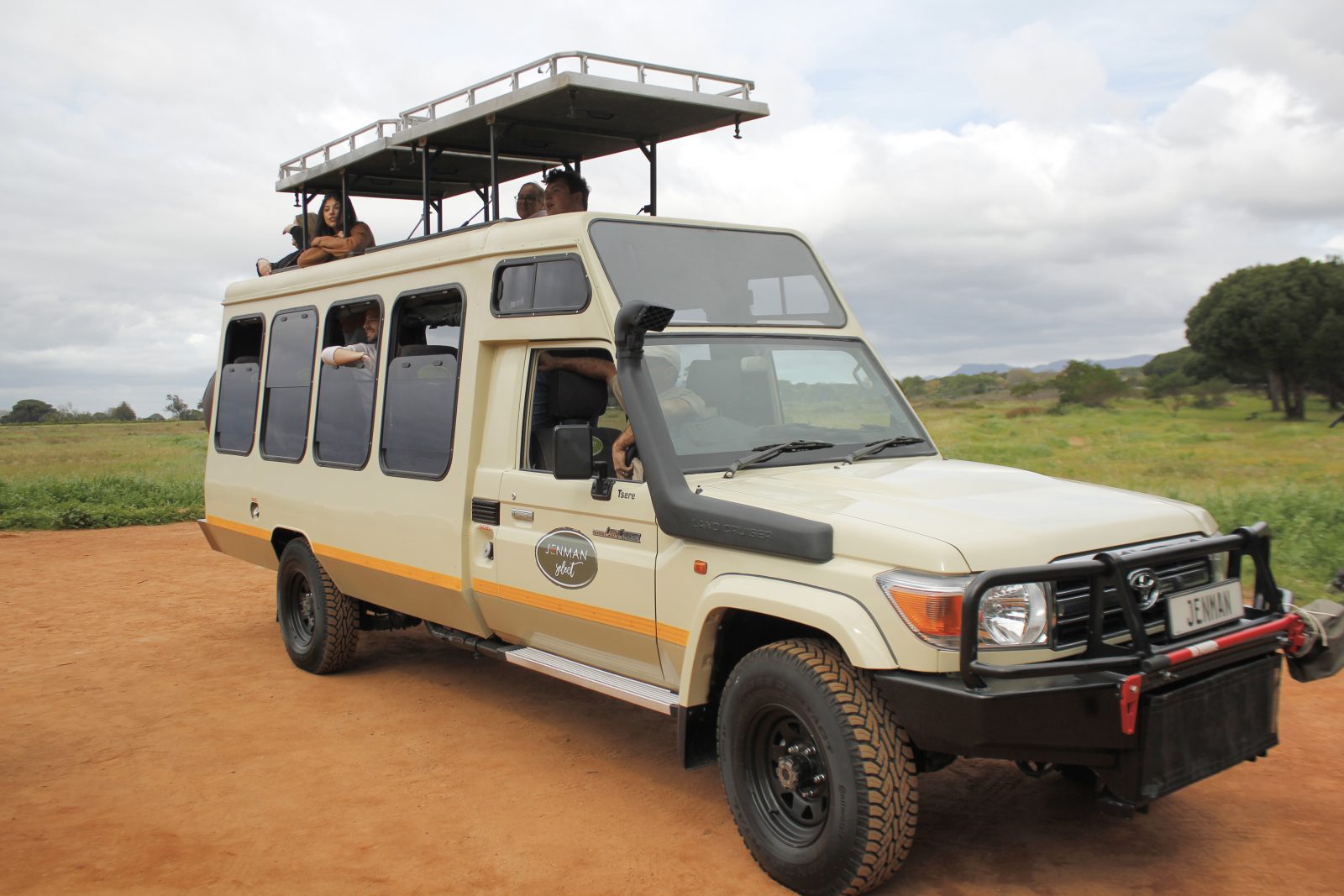 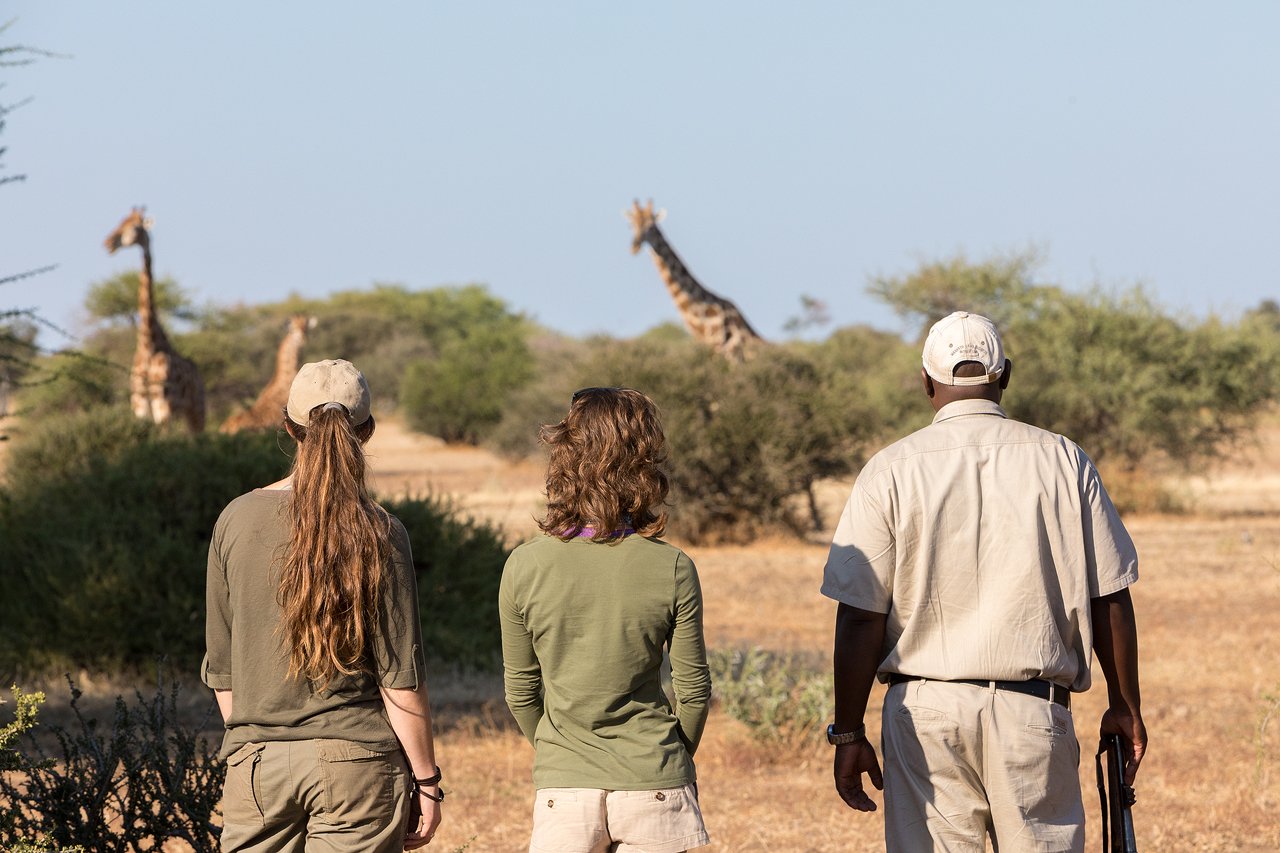 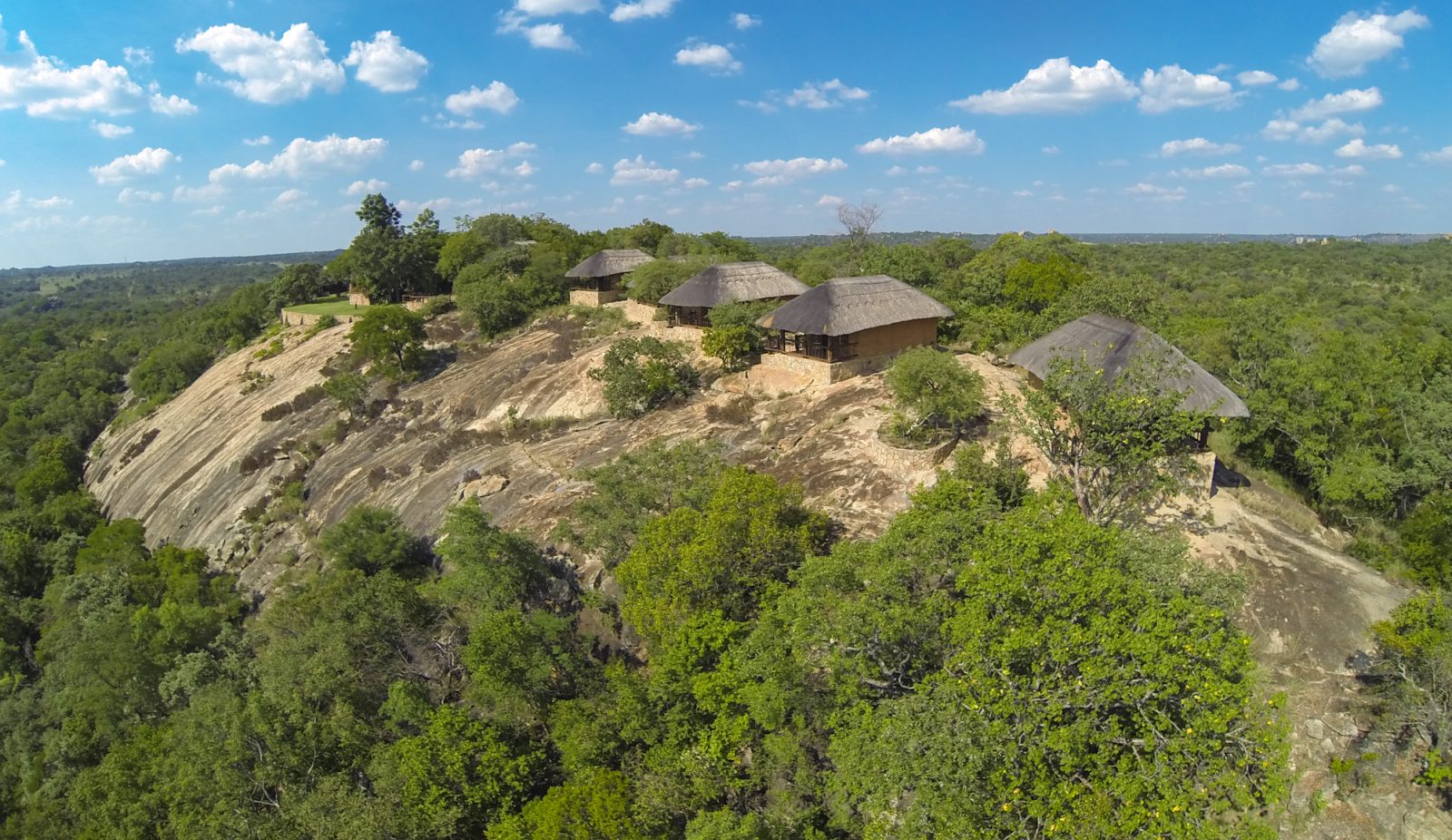 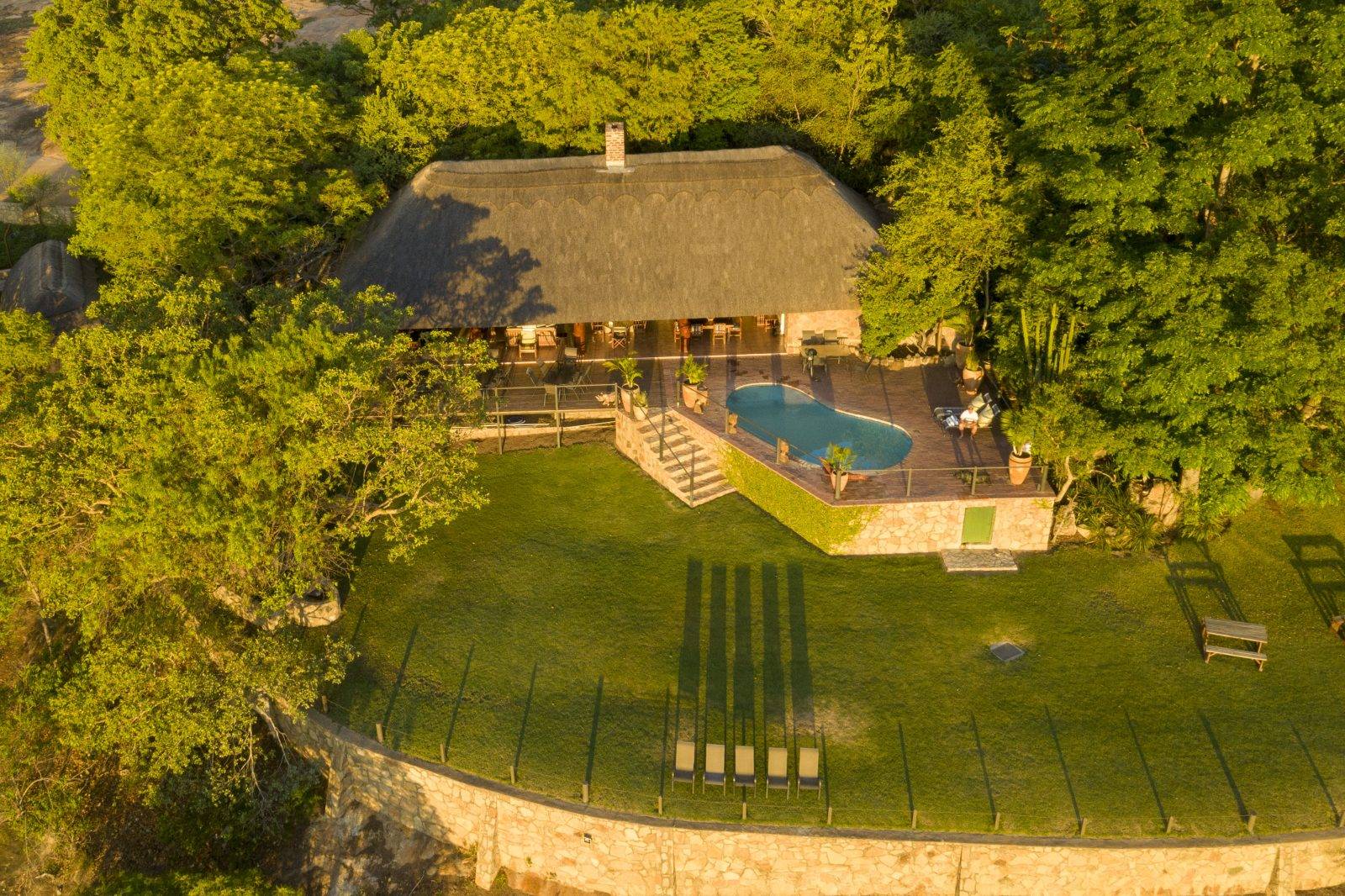 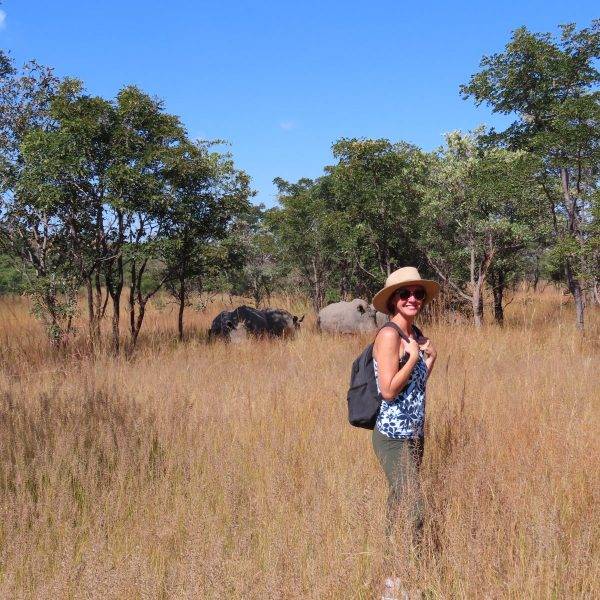 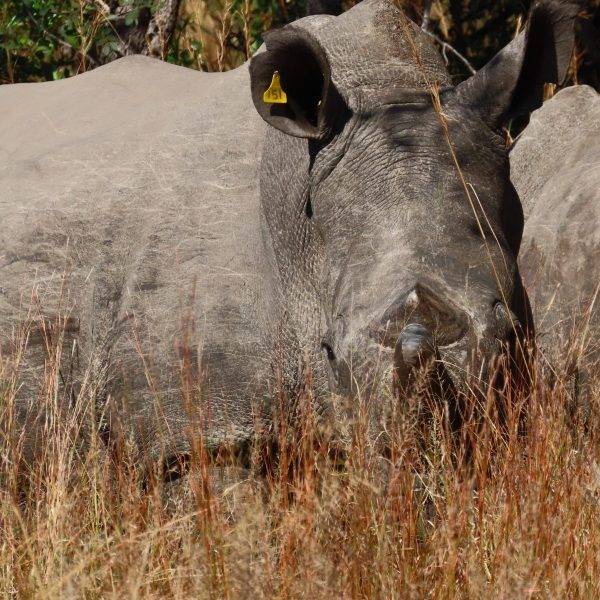 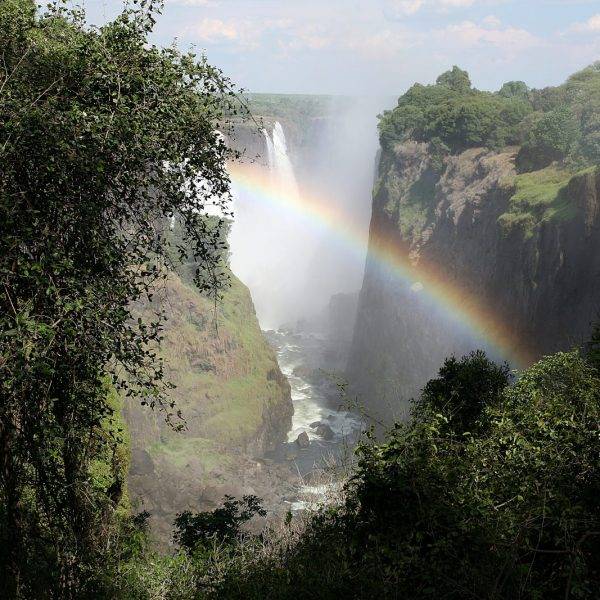 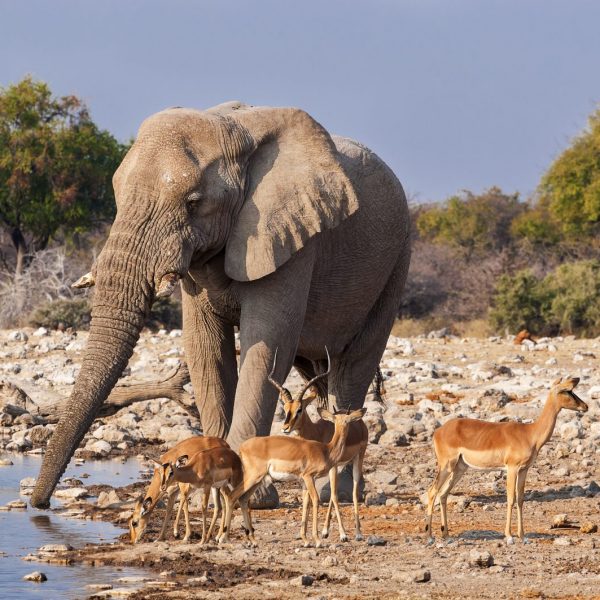 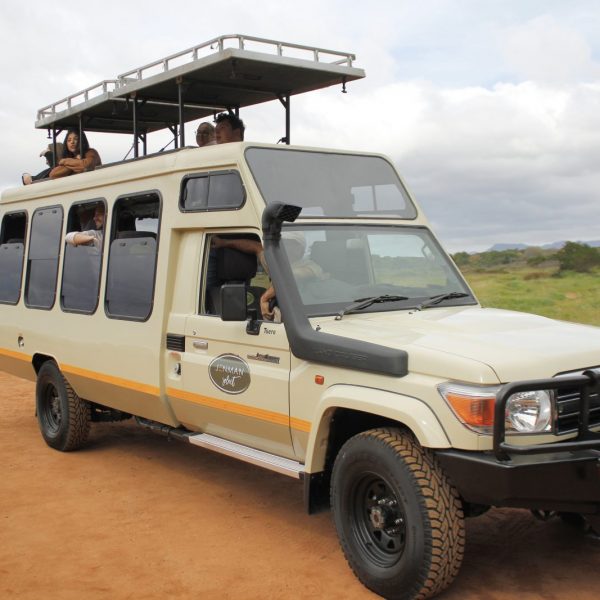 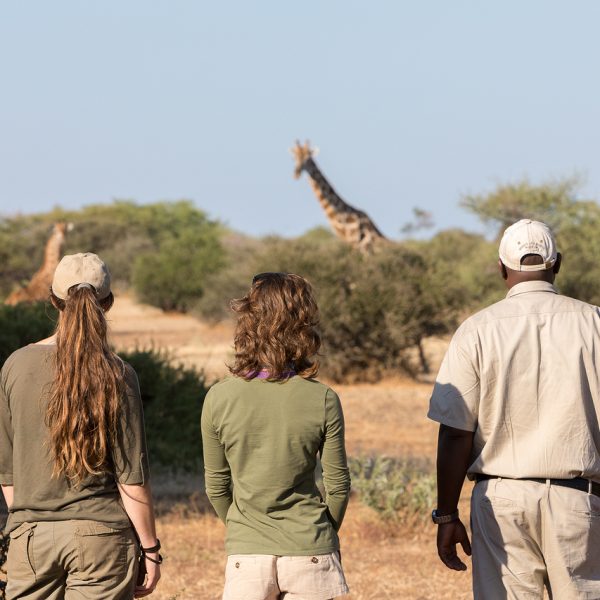 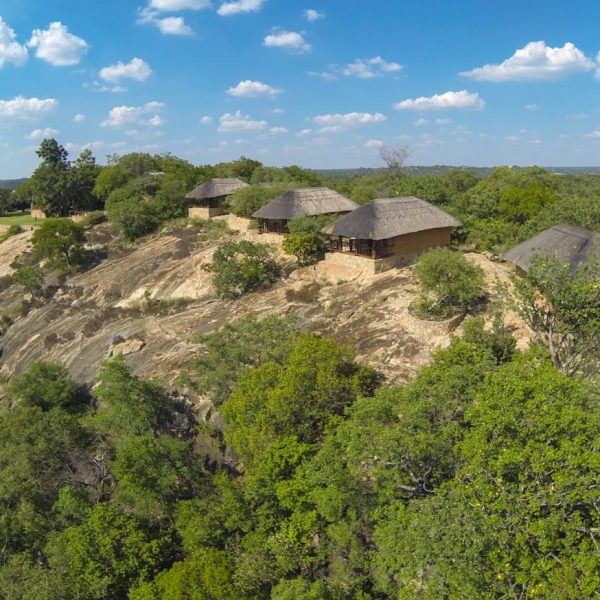 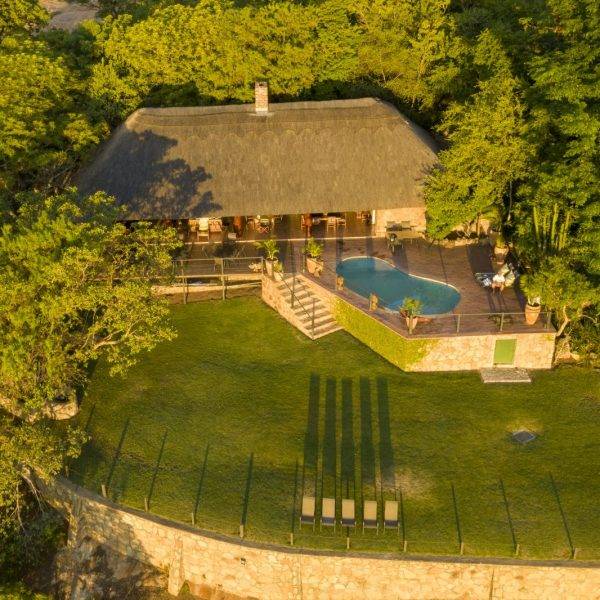 Explore and enjoy the diversity of the three most popular and spectacular areas – Matobos, Hwange and Victoria Falls in search of Rhinos in Zimbabwe. See the exquisite beauty of the granite kopjes, the raw wilderness of Hwange National Park, the spectacular spray of the Victoria Falls.

A seven day 2022 Zimbabwe safari experience with a focus on tracking, spotting and understanding more about the incredible African rhino. Visit the iconic locations of Matobo, Hwange and Victoria Falls. All accommodation, transfers and most meals are included in this Zimbabwe package.

Highlights of the Rhino Track and Trail

Rhinos in the Matobo Hills

Track the endangered Black and White Rhinos of the Matobo Hills. This is a once in a lifetime experience – on foot with an armed ranger and getting up close and personal with this critically endangered African mammal. Visit the scenic hills of the Matobo steeped in tribal history, the ancient mystery of the San people and dramatic granite rock landscapes. This classic Zimbabwe safari area has been designated as a UNESCO World Heritage site for good reason.

This national park should be on any safari lovers bucket list. Its large and in charge when it comes to wildlife experiences and the variety and numbers of game found here. You will find the big five in big numbers in Hwange Nationalpark: plus another  100 species of mammals in Hwange and it is an exceptional safari experience in Zimbabwe and Africa as a whole. One could go on about elephants and buffalo – but look further to rare and endangered species like the wild dog populations and groups – some of the largest found in Africa.

A visit to the Painted Dogs Conservation Centre is included as a highlight and as part of your safari package to Hwange. Learn about this incredible and endangered species and how the packs of Painted Dogs are run by dominant females. This is a challenging but also successful conservation story that is one of the top experiences on your Hwange safari and Zimbabwe holiday.

The mighty and majestic Victoriafälle, Simbabwe. An iconic tourist destination in Africa for good reason. This resort town on the banks of the Zambezi River is a must see for any Zimbabwe safari. Enjoy guided and informative viewing of the biggest waterfall in the world as part of your safari package. Adventure activities, sunset river cruises and a whole lot more in Vic Falls.

Included in the Rhino Track and Trail safari

View the full itinerary of the Rhino Track and Trail safari hier.

Meals included in the Rhino Track and Trail will be taken in the restaurants at the various accommodation establishments. Please advise us of any special dietary requirements in advance.

The onus is on the client to organize all visas required to visit Zimbabwe.

The Grow Africa Foundation (163-738 NPO) is the responsible tourism initiative started by Jenman African Safari. The focus of Grow Africa is to make a positive impact on the environment, society and economy in the places we travel to. We do this by instigating and supporting local social and environmental projects.

Day 1 - Matobo Hills Rhino Safari Zimbabwe
On arrival at Bulawayo Airport you will be met and transferred to your safari lodge accommodation in the Matobo Hills. The start of your seven day Matobos, Hwange and Vic Falls safari will be at the legendary Shashani Matobo Hills Lodge. You will spend the next two nights at this classic Zimbabwe safari lodge. The rest of day one will be at your leisure, to relax beside the pool or participate in some of the optional activities available.
Day 2 - Shashani Matobo Hills, Zimbabwe
The Matobo Hills area is one of exquisite beauty, steeped in tribal traditions and history, ancient mystery and dramatic rock formations. The Matobo National Park has been named a UNESCO World Heritage Site and is home to both black and white rhinos, sable antelope and the world’s densest population of leopard. Birdlife is prolific and includes the highest concentration of black eagles in the world. Once the home of the ancient San People,  this area contains the richest source of the rock art found anywhere on the continent. Not only is it here that the Ndebele people buried their great king, Mzilikazi, but Cecil John Rhodes was also laid to rest on the “Hill of the Benevolent Spirit” or “Worlds View” as named by him. We visit the Matobo National Park, Rhodes grave and participate in a game drive including Rhino Tracking.
Day 3 - Hwange National Park safari, Zimbabwe
After breakfast we depart Matobo Hills and make our way to Hwange National Park and Elephant’s Eye Tented Camp. That afternoon you can get out on a walking safari on our private Hwange concession, led by a professional Zimbabwe guide. You will learn some interesting details about the fauna and flora of Hwange and you may even have the opportunity to experience a close encounter with an elephant in the lush Hwange bush. During your stay at Elephant’s Eyes Tented Camp, Hwange, you can meet up with the Hwange anti-poaching unit. Guests will learn what motivates these conservation warriors and find out how they protect the wildlife in Zimbabwe’s largest national park.
Day 4 - Hwange National Park, Zimbabwe
Today is spent on a game drive in the Hwange National Park. This is the largest national park in Zimbabwe, covering an area of approx. 14 650 km2. Its close and accessible from Vic Falls and should be an integral part of any safari package to Zimbabwe. There’s a huge range of fauna and flora and the birdlife is some of the richest in the country. With over 400 recorded species it is a twitchers paradise for good reason. You are guaranteed to see massive herds of buffalo and elephant and very likely to come across lions in big numbers within Hwange. Your included game drives will showcase a number of other African mammals for that safari of a lifetime.
Tag 5 - Hwange Nationalpark, Simbabwe
On this morning you will venture out early for a game drive through the pristine Hwange bush.  There’s also an included visit to the Hwange Painted Dogs Conservation Centre. Discover more on this fascinating and red listed mammal. Lunch on this day in Hwange will be provided at the Elephant’s Eye Tented Camp, Hwange and thereafter we visit a traditional local homestead. A fascinating insight into local traditions and culture as part of your safari to this little corner of Zimbabwe.
Tag 6 - Victoria Falls, Simbabwe
Wir lassen die Schönheit des Hwange-Nationalparks hinter uns und fahren zu den Victoriafällen, wo wir die mächtigen Victoriafälle auf einer geführten Tour erkunden. Danach werden Sie zu Ihrer Lodge gebracht, wo Sie einen entspannten Nachmittag zur freien Verfügung haben.
Tag 7 - Victoria Falls, Simbabwe
After breakfast it’s unfortunately the end of your great Zimbabwe rhino safari. You will be transferred to Victoria Falls Airport in time for your onward departure flight. We hope to welcome you again one day on another of our classic African adventures with Jenman Safaris.