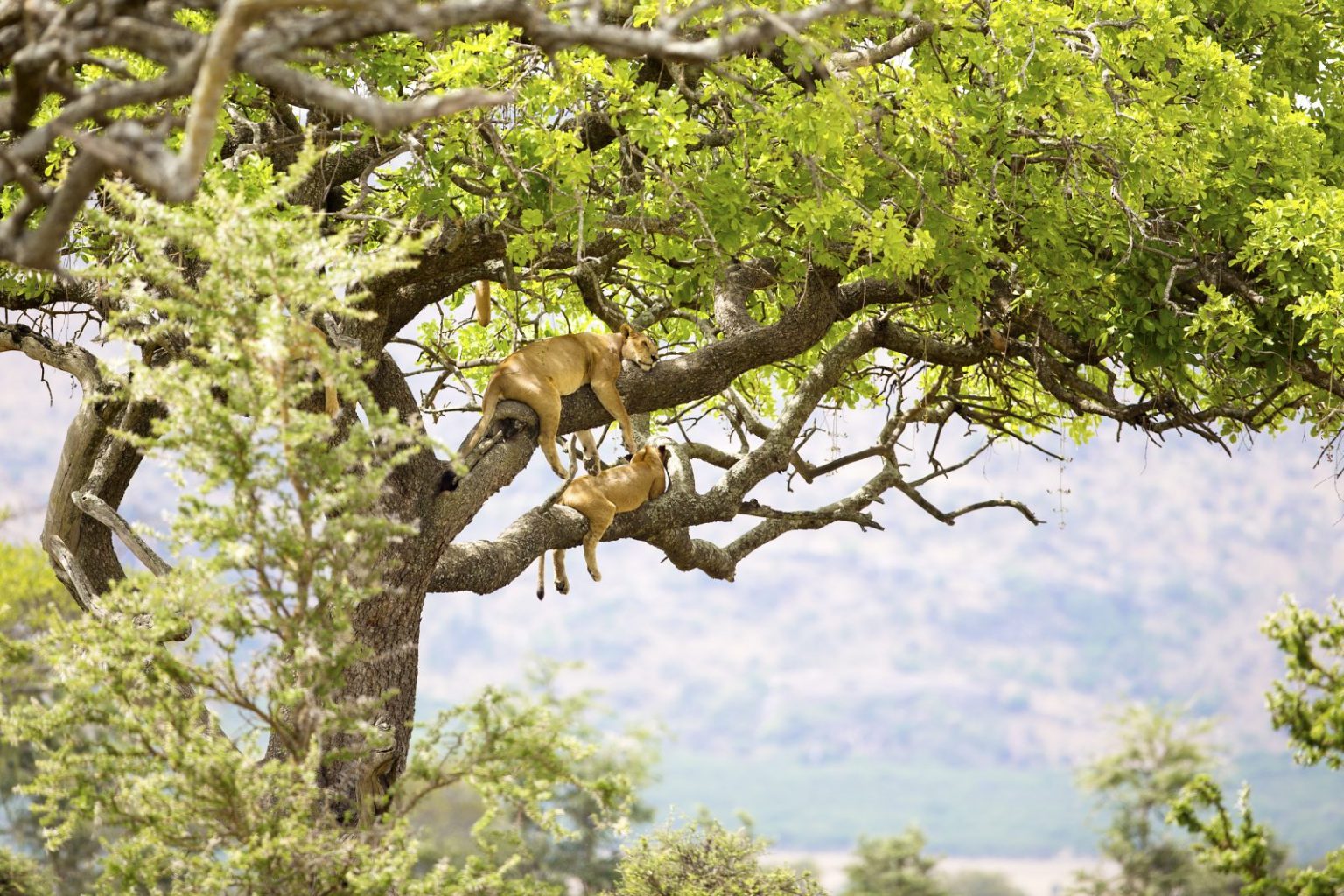 From the tree-climbing lions of Lake Manyara to the endless plains of the Serengeti and explorations of the Ngorongoro Crater, one of the most densely populated wildlife areas on earth, including the Big 5 – Tanzania should be on every safari seekers’ bucket list.

Being one of our favourite destinations, Jenman African Safaris has put together a list of our TOP 5 reasons to visit Tanzania.

A bucket list experience for any safari aficionado is witnessing the Great Migration in Serengeti National Park, one of the most dramatic and abundant wildlife vistas in the world. The Great Migration is the annual movement of over 2 million wildebeest and zebras. Millions of animals traverse from the Serengeti in Tanzania to Kenya’s Masai Mara during the Great Migration in a challenging journey through tough African terrain. The determination, tenacity and mass movement is astonishing to behold; a sensory explosion of sights, sounds and smells of the wild, shrouded in dust rising from the earth and vibrations of steadfast feet, a spectacle unequalled anywhere on earth today.

The best months to view the migration are June and July, although the Serengeti is an all-year-round wildlife wonder. Giraffe, eland, kongoni, topi, buffalo, elephants and black rhino inhabit the park, as well as the highest concentration of apex predators in the world.

Another highlight of the Great Migration is the calving season which takes place during February and March on southern Serengeti’s vast, fertile plains. More than 8000 calves are born during this time. A life-affirming spectacle not to be missed.

Affectionately known as ‘Kili’, Mount Kilimanjaro is the tallest mountain in Africa at a height of 5895 meters (19340 ft). Located 225km from Nairobi, it is an attraction for both climbers and sightseers as Kili is home to a variety of ecosystems and microclimates that include tropical forests, deserts and a subzero alpine environment. In fact, it’s not really a climbing destination as no special expertise or mountaineering equipment is needed. Hiking Mount Kili does need careful planning and most of all an experienced guide, if you are in good health and reasonably fit (and are blessed with good weather) you will be able to reach the summit.

For sightseers, the best view of Mount Kilimanjaro is actually from Amboseli National Park in Kenya, however, in order to access the mountain and the surrounding activities, one needs to be in Tanzania, the gateway to Kilimanjaro.

Part of the Eastern Rift Valley, the Ngorongoro Crater is an extinct volcanic caldera. The caldera was formed when the volcano collapsed in on itself after a major eruption around 2.5 million years ago. Covering an area of 264 km sq, the Ngorongoro Crater is truly a natural phenomenon – voted as one of the Seven Wonders of Africa, also known as the ‘Garden of Eden’ due to the ecological paradise that can be found within the walls of the crater.

Views from the crater rim are astounding, with ethereal blue-green vistas stretching before you, a world of wildlife wonder waiting below. The protective nature of the crater means it has formed its own ecosystem, an unforgettable and unique safari experience. Driving through its rich grasslands, one will encounter a healthy population of rhino (including the rare black rhino), zebra, wildebeest, black-maned lions and elephants – some of the oldest tuskers in Africa roaming its landscapes. If you’re lucky, you may tick off your Big 5 bucket list!

East Africa holds cultures interwoven in totems, mystical ruins, warrior tribes, ancient cultures and mythology. One cultural group that is synonymous with a Tanzania safari is the Maasai. The nomadic Maasai people can be found across southern Kenya and northern Tanzania.

They seem to live with the perspective of ‘everything of the land, is the land’, treating the wilderness with respect. A vibrant and colourful culture, the Masaai perform many rituals of song and dance; the ‘adamu’ being one enjoyed by many visitors. The men of the Masaai stand in a semi-circle and each take turns jumping in front of each other, a show of strength for warriors hoping to attract wives.

Meeting the people of a destination uncovers its heart, allowing you insight and understanding to the local lifestyle and ways.

5. Combine safari with sea on the island of Zanzibar

Once your safari appetite has been satisfied, the turquoise waters and white beaches of Zanzibar await! The island is an invitation for relaxation, exploration and cultural experiences. Spend time on its idyllic beaches, sunset dhow cruises, diving expeditions and having cocktails by the pool. Located off the coast of Tanzania, Zanzibar is perfect as a beach holiday destination.

Zanzibar is an archipelago filled with a rich and colourful history. The cobbled alleyways of Stone Town appeal to the adventurer, romantic and historian alike. Meander through the streets of the city, captivated by its culture, forts, museums and lively bazaars. A spice tour, a cooking class or a visit to the food market will satisfy your culinary curiosity, quality seafood and traditional meals are a treat for the taste buds. Zanzibar is a feast for the senses, in vistas, activities and food!

Tanzania is a visual feast of bio-diverse and abundant wildlife, as well as turquoise seas and a myriad of marine life; an experience of Africa at its finest. Kontaktieren Sie uns to embark on an East African journey; your adventure, our expertise.