Declared by UNESCO as a World Heritage Site, the ruins is the country’s prime national monument.

Fulfill your cultural curiosity on your Zimbabwe safari with a visit to the Great Zimbabwe Ruins, approximately 400 kilometres east of the city of Bulawayo. Declared a UNESCO World Heritage Site in 1986, these ancient wonders are Zimbabwe’s prime national monument.

History of the Great Zimbabwe Ruins

With a history tracing back to the 11th Century, the Great Zimbabwe Ruins are a destination as radiant in historical standing as they are impressive. Built entirely from rectangular granite stones placed carefully on top of one another, the structures of the ruins have lasted over seven centuries without mortar or regular maintenance to keep them standing.

Spread across roughly 720 hectares of beautiful Zimbabwean landscape, the Great Zimbabwe Ruins are revered to hold the key to the mystery of the Ancient African civilisation of the Shona cattlemen. Due to the impressive proportions of the Ruins, as well as the proliferation of ancient iron tools, ceramics, gold, carvings and pottery that have been found there, it’s unclear whether the Shona people built the ruins entirely of their own accord, or were influenced in some way by an external force. It is known, however, that this majestic collection of ruins took around 300 years to build and housed over 10 000 people.

Treasures of the Great Zimbabwe Ruins

The Great Zimbabwe Ruins comprise of two main areas of stone-walled enclosures – the Hill Complex and the Great Enclosure. The Hill Complex sits atop a granite dome that overlooks the ruins, and consists of narrow twisting passages that lead to small enclosures. The Great Enclosure is arguably the most impressive part of the ruins as it constitutes of a large stone enclosure with a diameter of 89 metres.
The wall surrounding the enclosure is 244 metres long and, at its greatest 5metres thick. Towering 10 metres in height, the walls are interjected by turrets and monoliths, where carvings of birds, chevron and other designs faintly decorate their ancient surfaces.

A myriad of words come to mind as you walk amongst the Great Zimbabwe Ruins, words such as majestic, lofty and timeless. There’s no denying that to see these ancient constructions, nestled amidst the rocky outcrops and hilly terrain of Zimbabwe, is to feel as if you’re meeting face-to-face with an ancient civilisation whose footsteps are now entirely vanished from the Earth’s surface. And while the reasons for the abandonment of the Ruins remain hypothetical, the buildings that remain are truly remarkable.

A safari to the Great Zimbabwe Ruins, Zimbabwe with Jenman African Safaris

Feast the eyes on fascinating rock formations and ancient history as a visit to the Great Zimbabwe Ruins is included in the 13-day Grand Zimbabwe tour. This once-in-a-lifetime safari to Zimbabwe also has stops in the spectacular Victoriafälle, Simbabwe, the wilderness paradises of Hwange Nationalpark: und die Matobo Nationalpark and the impressive Lake Kariba.

Jenman African Safaris have a range of popular 2022 Africa safari packages that allow you to experience the very best of Zimbabwe and the rest of the continent. 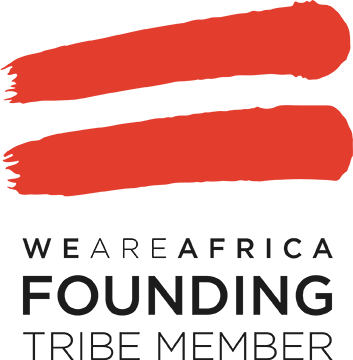