As described by Winston Churchill, Uganda is undeniably the ‘Pearl of Africa’. Its African diversity ranges from tropical climate, to waterfalls, the Big 5, the birdlife, and of course, gorillas. Uganda boasts an incomparable ecological character. All creatures great and small are bold in colour and variance, captivating the safari seeker. Follow in the footsteps of pioneers who once travelled this land in the quest for adventure.

The best time to visit Uganda is within its two dry seasons; December to February and June to September. This is the optimum time for wildlife viewing, especially if you are gorilla trekking. Birdlife is fantastic all year round but reaches its peak when the migrant species are present, between November and April.

There are a number of natural hot springs in this park, which provide for the wide diversity of wildlife. Known…

Queen Elizabeth National Park is Uganda’s most popular wildlife reserve. This beautiful game area boasts one of the world’s highest…

The mountains of Bwindi and Mgahinga National Parks are home to five habituated and endangered gorilla troops. Limited numbers of… 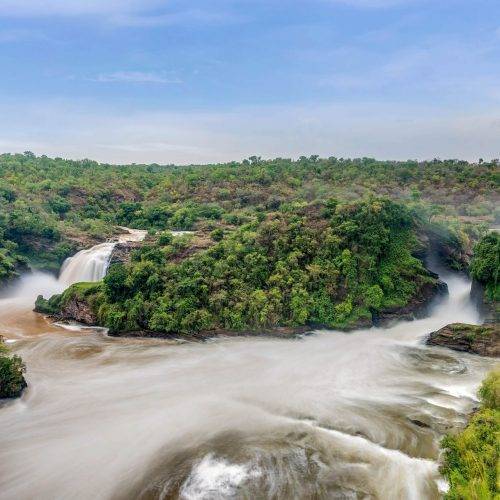 Murchison Falls National Park, northern Uganda, is the largest wildlife reserve in the country. 4 of the big 5 roam…

Lake Mburo National Park contains an extensive area of wetland, resulting in a unique and varied ecosystem. The park receives…

Kidepo National Park is a safari gem hidden in the north east of Uganda. Bordering Kenya and South Sudan, the…

Kibale National Park is a tropical rainforest home to the highest population of chimpanzees in Uganda. A few of these… 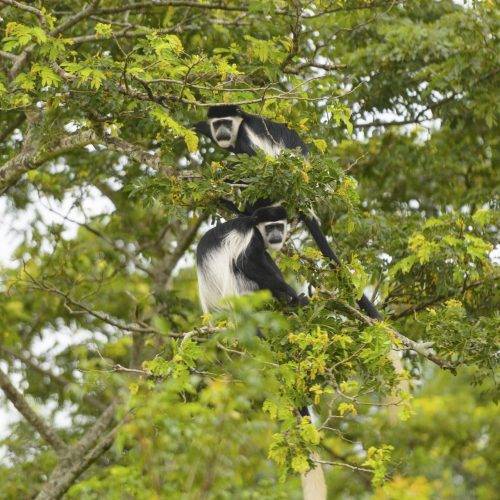 Bwindi Impenetrable Forest is the best place in Uganda to track gorillas. A mountainous area in the southwest, the forest…

Currency
The local currency is the Uganda Shilling (UGX). Notes are in denominations of UGX50,000, 20,000, 10,000, 5,000, 2,000 and 1,000.  Try not to accept very old or damaged notes where possible, as some places may refuse to take them.
USD dollar, Euro and Pound Sterling are all recognised currencies in Uganda, and both euros and dollars are now widely accepted for cash payments. Other international currencies may also be accepted in some places in the major cities.
The import and export of local currency is prohibited. Import of foreign currency is unlimited if declared upon arrival. Export of foreign currency must not exceed the amount declared upon arrival.
Foreign currency may be exchanged at the Central Bank, commercial banks and foreign exchange bureaux. Be aware that dollar notes from before 2006 will not be accepted for exchange in smaller towns.

Banking
Banking hours: Generally Mon-Fri 0830-1400, Sat 0900-1200. Forex bureaux are open until 1700 and able to do electronic transfers to and from overseas.
American Express, Diners, MasterCard and Visa credit cards are sometimes accepted but not widely used. Some large hotels, restaurants, travel agencies and shops in urban areas accept credit cards.
ATMs are available in the larger cities but ATM services in smaller towns and rural areas are limited. It is advisable to check with your bank to see if your card is compatible with Ugandan ATMs.
Traveller’s cheques are not widely accepted outside Kampala. To avoid additional exchange rate charges, travellers are advised to take traveller’s cheques in US Dollars or Pounds Sterling. It is advised that travellers bring sufficient US dollars in cash in case of emergencies. Higher denomination bills usually give a better exchange rate than smaller notes.

Fly Uganda (www.flyuganda.com), Eagle Air (www.flyeagleairuganda.com) and Aerolink (www.aerolinkuganda.com) offer scheduled and charter internal flights.
Domestic bus travel is cheap, but departures aren’t always on schedule. There are two classes of bus travel – matatu (minibus) or kigati (van) which travel fixed routes, and larger coaches or buses.
Self-drive and hiring a private car with a driver are other options. International hire companies are based near Entebbe International Airport and in the centre of Kampala. A four-wheel drive is recommended for rural areas. The speed limit is 80kph (50mph) or 100kph (62mph) on highways. Most car hire companies include breakdown cover. The Automobile Association of Uganda (www.aau.co.ug) can provide information and assistance. An International Driving Permit and adequate third-party insurance is required. UK driving licences are accepted. Drivers must carry their vehicle log books and must pay for a temporary road licence.
Whist some major roads are paved, the majority of minor and side roads are unpaved and can be bumpy and pot-holed, so drive with caution, especially in the rainy season. The roads are of variable quality and radiate from Kampala, although the network is sparse in the north. Note that there are still some army and police checkpoints on roads. Always keep vehicle doors locked and valuables out of sight.
Private taxis are identifiable by their black and white stripes. Boda-bodas (motorbike taxis) are often a cheaper option and, whilst fun, are not for the faint-hearted. Don’t be afraid to ask your driver to slow down if necessary as accidents are common.
Cycling in Uganda requires nerves of steel; many roads are dusty or under construction and motor vehicles rarely allow cyclists room. Always wear a helmet and use rear-view mirrors. Avoid cycling at night.
Uganda’s coach and bus services connect all major towns. The Post Office’s Post Bus Service (www.ugapost.co.ug) offers relatively comfortable buses and is more safety-aware than some other bus companies.
Most major routes are also covered by smaller white mini-buses. These are faster than coaches, but drivers wait until they are full before leaving and departure times are not fixed.

It is advised to drink bottled water throughout your trip. Powdered or tinned milk is available and is advised. Only eat well-cooked meat and fish, preferably served hot. Vegetables should be cooked and fruit should be peeled.
Ugandan cuisine draws on English, Arab and Asian – especially Indian – influences and uses home-grown local produce including plantains, sweet potatoes, corn, beans and cassava. It’s easy to eat cheaply almost anywhere in the country. International restaurants can be found in larger towns, with Indian, Chinese and Italian being the most popular.
Traditional foods include ugali (solidified maize meal porridge) served with a stew of groundnuts (peanuts), beans, chicken or meat such as beef, goat or mutton. Game can be found on menus in some restaurants and at safari lodges. Fish including the tiger fish, mukini, mputa and tilapia are popular.
Vegetarians may struggle outside of major towns, but Uganda’s Indian and Chinese restaurants generally offer a selection of vegetarian dishes. Traditional desserts include mandazi, a doughnut often served with cinnamon or sugar.
Although always appreciated, tipping is not standard practice. It is normal to tip 5 to 10% at tourist-orientated restaurants.

Uganda has a tropical climate, with temperatures ranging from 21-25°C (70- 77°F), apart from in the mountainous areas, which are much cooler. The top of Mount Elgon is often covered with snow. The hottest months are December to February. Evenings can feel chilly after the heat of the day with temperatures around 12- 16ºC (54-61°F).
Most regions of Uganda, apart from the dry area in the north, have an annual rainfall of between 1,000mm and 2,000mm. There is heavy rain between March and May and between October and November, when road travel can become difficult in parts of the country. The best time for trekking is during the dry seasons, between January and February and June to September. Wildlife viewing is best at the end of the dry seasons, when game is more concentrated around water sources.

Lightweight clothes with a warm cover-up for the evenings are advised. Take a pair of good walking shoes or boots for forest trekking, and long-sleeved tops to protect against mosquitoes. If you’re planning to go to mountainous areas, be sure to take warm clothing, as temperatures drop substantially. White clothes won’t stay white for long with Uganda’s red dust roads, so go for darker colours. Travellers can also pick up bargains at second-hand clothes markets in Kampala, Jinja and Fort Portal, which sell trousers, boots and fleeces.

There are internet cafés in most large towns. Access in smaller towns and rural areas is limited.

Electrical sockets (outlets) in Uganda are the “Type G ” British BS-1363 type. If your appliance’s plug doesn’t match the shape of these sockets, you will need a travel plug adapter in order to plug in.
Electrical sockets (outlets) in Uganda usually supply electricity at between 220 and 240 volts AC. If you’re plugging in an appliance that was built for 220-240 volt electrical input, or an appliance that is compatible with multiple voltages, then an adapter is all you need.
But travel plug adapters do not change the voltage, so the electricity coming through the adapter will still be the same 220-240 volts the socket is supplying. North American sockets supply electricity at between 110 and 120 volts, far lower than in most of the rest of the world. Consequently, North American appliances are generally built for 110-120 volts.