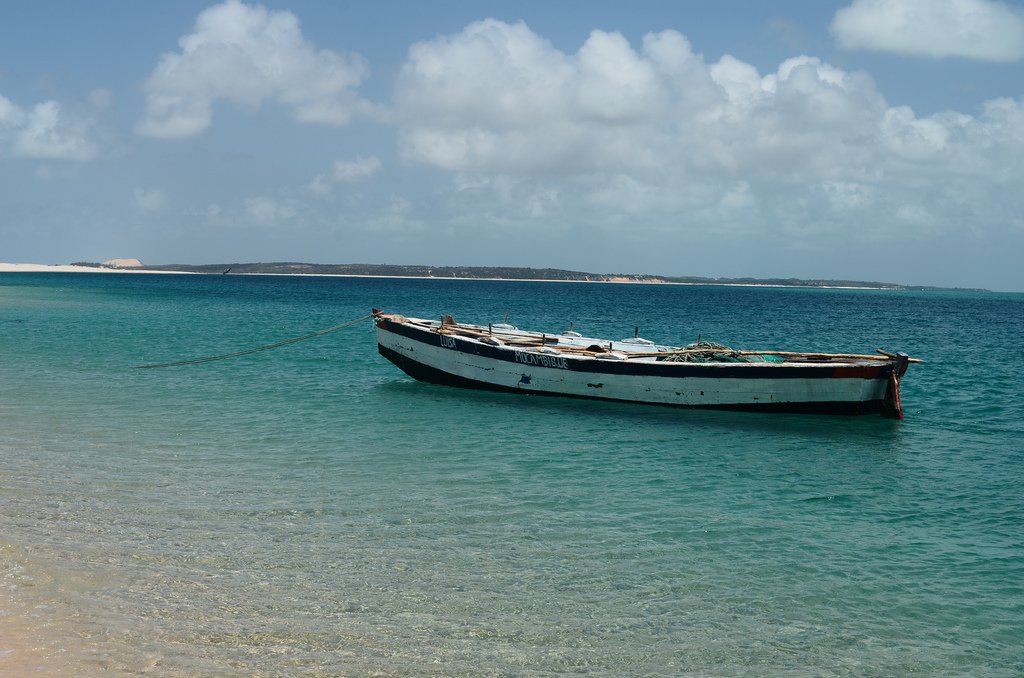 One of Mozambique’s main holiday destinations, the coastal city of Vilankulo – inside the region of Vilanculos – is a bustling mix of activities, some of which have been going on for centuries. The local fishermen still haul nets over the side of their boats and farmers still grow cashew nuts near the thatched villages while, on the other hand, tourists regularly flock in to enjoy the beaches and turquoise waters at the many lodges, resorts, hotels and camping sites.

Named after a tribal chief, Gamala Vilankulo Mukoke – with some of its suburbs named after his children – Vilankulo isn’t particularly large and spans roughly 5km from start to finish. The town acts as a gateway for those wishing to access to the charming and serene Bazaruto Archipelago, resulting in a regular stream of dhows sailing between the dock and the surrounding islands. During peak holiday season, it’s often packed with honeymooners, families and avid travellers who are passing through before heading to the private beaches.

But for those not wishing to leave the city, available activities include scuba diving and snorkeling, sailing charters, catch-and-release fishing, horse-riding, browsing through markets and trying out local seafood – truly, this seaside town is a beach lover’s haven.

Tours that pass by...

This website uses cookies to improve your experience while you navigate through the website. Out of these, the cookies that are categorized as necessary are stored on your browser as they are essential for the working of basic functionalities of the website. We also use third-party cookies that help us analyze and understand how you use this website. These cookies will be stored in your browser only with your consent. You also have the option to opt-out of these cookies. But opting out of some of these cookies may affect your browsing experience.
Necessary Always Enabled