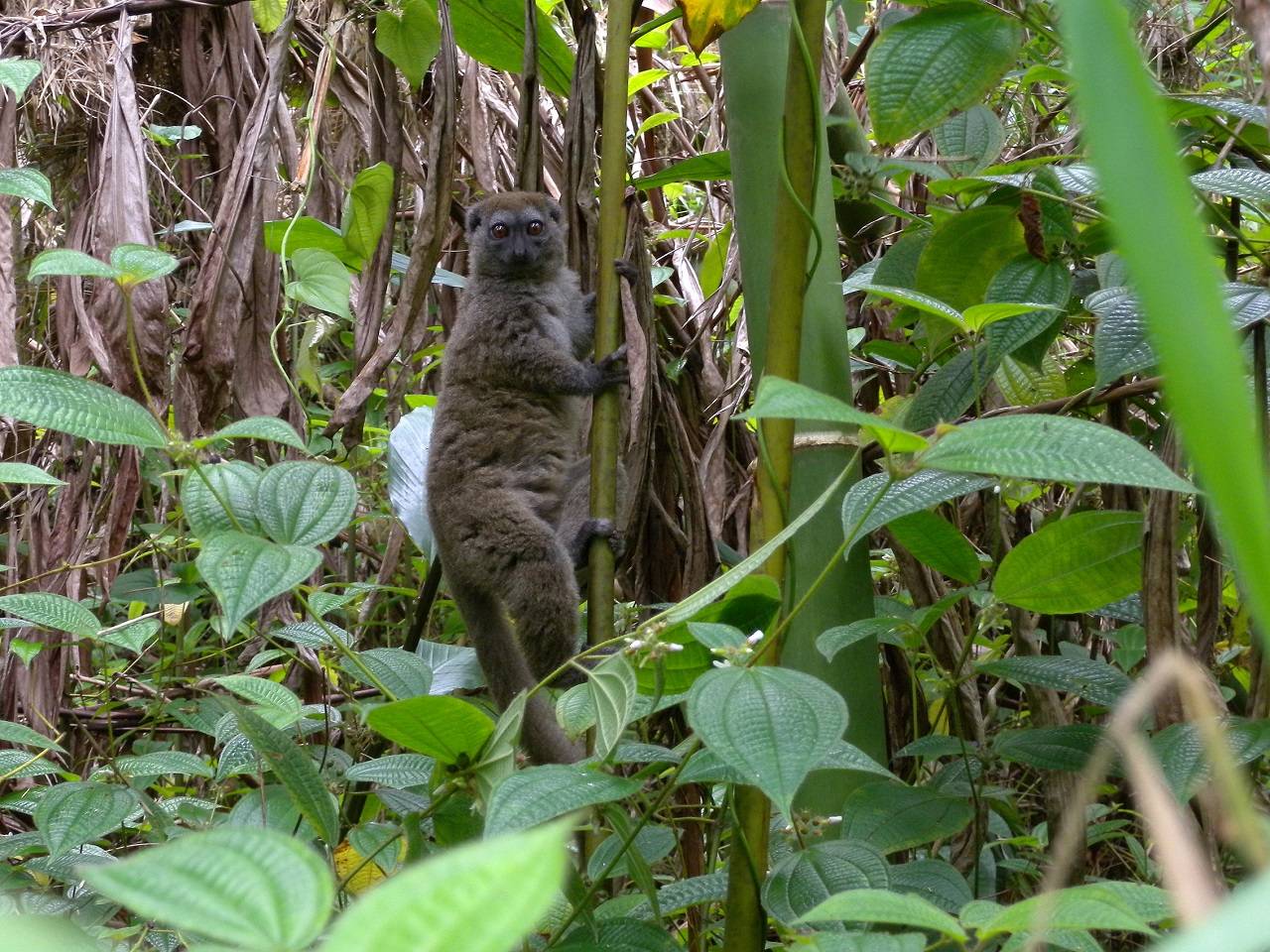 Rugged and mountainous, Marojejy is undeniably one of Madagascar’s most beautiful national parks – and a great highlight for any Madagascar holiday. It is situated in a remote north-eastern enclave inland from the island’s spice capital of Sambava and north of Andapa. It is unique in its terrain, wildlife, flora and fauna that are almost untouched. If you are looking for a National Park of raw beauty without a ‘touristy’ feel then this is the ideal Madagascar National Park for you.

Marojejy National Park comprises 60,050 hectares (148,387 acres) of land and protects the entire Marojejy Massif. The forests, ranging from low altitude rain forest through to high altitude montane scrub, harbour a truly impressive list of plants and animals (most of which are endemic to the area). Marojejy has at least 275 fern species, 35 palm species, 118 bird species, and 149 species of amphibians and reptiles, all of which survive in one of the wettest regions of Madagascar. The park is also home to eleven species of lemurs including the fluffy white Silky Sifaka, which is critically endangered. There is nothing better than spending some time among the lush vegetation spotting playful and endangered lemurs in the trees or finding a secret hiding spot of some beautiful reptiles. One of Madagascar’s best-kept secrets.

The climate of Marojejy is dictated by two different factors: the southeast trade winds and the North-West monsoon. Therefore, Marojejy gets a lot of rain making it one of the greenest and lushest areas in Madagascar. During the cooler season, from June to September, the trade winds contribute enormously to the abundance of rains on Marojejy. When the winds die down, the rains decrease (from April to May and from September to December). In addition, during the hot seasons, the monsoon coming from the Malagasy Western also brings stormy rains. Because of the relative consistency of rains, the temperatures do not vary much and generally range between 26°C and 19°C.

Marojejy has remained untouched and is still relatively unknown. Additionally, it is one of the few places in the world where one can hike from the dense, vine-shrouded jungle to the high mountain tundra in a relatively short distance. For those who want to get in touch with nature, hike and explore this one of its kind place of sheer cliffs and dense rainforests, see plants and animals found nowhere else on earth, and get away from the crowds, Marojejy is a great destination for a perfect Madagascar holiday.